After his death six years ago, the Barisan Nasional government with Umno in the lead banned the return of his body or his ashes to the country 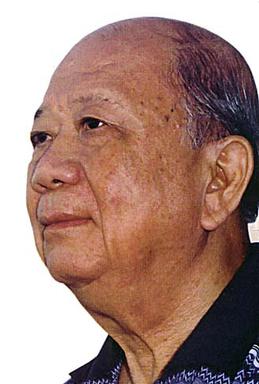 Banned from returning to Malaysia, the ashes of Chin Peng were scattered at sea near Lumut, Perak and in the jungles of the Titiwangsa mountain range.

Chin Peng is a former OBE holder and was born Ong Boon Hua. He was a leader of the Malayan Communist Party.

After his death six years ago, the Barisan Nasional government with the Umno in the lead banned the return of his body or his ashes to the country.

According to Malaysiakini today, his ashes returned to Malaysia on Sept 16 from Thailand.

A ceremony was held on the same day the ashes arrived in Ipoh, Perak.

The communist leader was born in Sitiawan, Perak, in 1924. He led a bloody insurgency in Malaysia.

In 2013 there was a debate in the country regarding the return of the ashes of the political leader.

In that year, DAP national chairman Karpal Singh raised the Hatyai Peace Accord signed in 1990 between the governments of Malaysia, Thailand and the Malayan Communist Party (MCP) of Chin Peng.

The late Karpal said the agreement was to allow all MCP leaders to resettle in the country.

But if the government does not allow Malaysia to be Chin Peng’s final resting place, it would be tantamount to not honouring the agreement.

Since the disbanding of the CPM, he has lived in exile in Thailand. Efforts to allow him to return to Malaysia before his demise was denied.

One of the bones of contention on his return to Malaysia was that he was not able to provide a birth certificate.

Karpal, in reply to then Prime Minister Najib Razak’s statement that Chin Peng was not a citizen, said it could easily be proven that he had been born in Setiawan, Perak.

It was signed and ratified by the Malayan Communist Party and the Malaysian and Thailand governments at the Lee Gardens Hotel in Hat Yai, Thailand, on December 2, 1989.

At his death, the New York Times wrote the following in an obituary:

“Chin Peng, a Communist guerrilla leader whose tenacious, bloody struggles for an independent Communist Malaysia pitted him against Japanese invaders, British colonialists and finally the government of what had become his own newly sovereign nation, died in exile on Monday in Bangkok. He was 88.”-/TISG