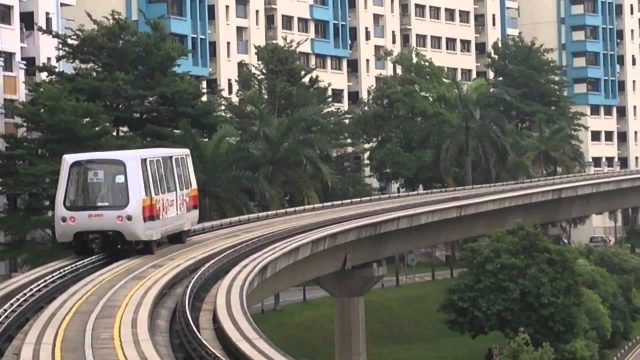 —
The idea of scrapping the Bukit Panjang Light Rail Transit (BPLRT) system is typical of the malaise and lack of direction that has enveloped the present government.

Unable to think outside the box and come up with viable solutions to make things work, the PAP chooses instead to waste public funds by ditching the nearly $300 million system.

The SMRT, under the governance of the Land Transport Authority, gives the excuse that the BPLRT has come to the end of its 20-year design lifespan and therefore should be discarded.

This is an affront to common sense. There are many train systems all over the world much older than the one in BP that are still running. Some were built in the 19th century with wooden carriages powered by steam engines when they first started.

But the trains kept running because innovative minds re-engineered and made improvements to the systems. There is a strong sense of pride in the work done in these places, something that is obviously missing under the PAP’s leadership in Singapore.

The truth is that the BPLRT system has been plagued with problems right from the beginning and the authorities have been unable and unwillingly to fix its regular and frequent breakdowns, preferring to focus on making a profit off the system.

This is similar to the regular and frequent breakdowns of the MRT experienced nationwide. The inability resolve the sorry state of affairs of the system is not because of the design lifespan of the trains or the tracks – platform doors are even falling off in the brand new Downtown Line.

Rather, the source of the problem is the incompetence of the government to put together a team of able leaders and to marshal resources to deal with the malfunctions.

Instead of tackling the problem head on, the PAP chooses the easy way out – abandoning the entire system. Such a move means that hundreds of millions of dollars of the public funds will be flushed down the drain. While money is easy to come by for the government through the raising of fees and taxes, it is something that Singaporeans toil for.

The SDP calls on the PAP to not take the people’s hard earned money for granted and earnestly look into to fixing the problems of the BPLRT and MRT.