Stop Putting Brain in the Drain "... the brain is like other muscles, you have to use it in order for it to develop."

I remember a local Tamil friend of mine who got a shock when he was asked “Are you from India,” at a corporate function.

The man who at the time was head of Southeast Asia for a multinational aerospace company was taken back because it seemed to imply that the multinational company assumed that if an Indian was qualified enough to hold a high-level job, he had to be from India. It was a bit of a shock to the man’s system to find that his employer seemed to assume that Indians from India were more qualified than the Singaporean ones.

This story is a cruel reflection on the reality of how the “big” companies that count, view our much-valued human resources. Singapore tells the world that our economic miracle was due to the fact that we managed to maximise our “only” resource, which is the “human” one.

Our line to the “foreign investors” is that while our costs are higher than our regional competitors, we offer a better-quality workforce. More importantly, we also make the point that we need the world’s highest-paid ministers because we need to prevent the “top talents” from being snapped up by international organisations.

While this sounds good on paper, the reality is a little different. As at the time of writing, Singapore has with the exception of Lee Kuan Yew and perhaps Daren Tang, the head of the World Intellectual Property Office, doesn’t seem to be a Singaporean who has gained any recognition from running anything beyond Singapore’s shores.

Sure, our international colleagues in the multinationals might say nice things about the good work we do in our domestic market but the reality is that any Singaporean would be lucky if they ever got promoted to a managerial role in the regional office (usually Southeast Asia but on accession Asia-Pacific.)

This is a sad record for a nation that makes such a song and dance about how it has maximized domestic talent. It seems that the only people who “make it” (defined as someone outside of Singapore would notice) are either politicians (Lee Kuan Yew claimed the role of single builder of modern Singapore, which helped in his post-prime ministerial career as an international consultant and a writer for Forbes, and his predecessors who had the good fortune to be born tall so that they remained the only Asian leaders at international summits who didn’t have to look up to their Western counterparts) or civil servants (the type that coordinate international visits for foreign dignitaries).

One answer might be the fact that they simply don’t have to. If you look at the scholarship system which has groomed plenty of our senior civil servants and ministers, you’ll notice that they are never required to put in their brainpower to much use.

A Ministry of Education Scholar for example will never have to teach in a school full of problematic kids and uncooperative parents. The definition of a “good” Singaporean is one who has the ability to memorise facts and to regurgitate them when required to do so. The best part about this is that they don’t even need to “find” the facts for themselves because there is inevitably an army of serfs to do the work. Scholars will inevitably be paid considerably more.

While I don’t disagree with the idea behind the scholarship system in theory (why shouldn’t smart people run the show), I disagree with the narrow definition of “good” and the way in which our scholars stop facing “challenges” the moment they leave the classroom. Unfortunately, the brain is like other muscles, you have to use it in order for it to develop.

For people outside of Singapore, the common saying is that real learning is after you leave the classroom. While your actual degree may not be of much interest to anyone else, the skills you acquire (the ability to think) is.

It’s a different story for our scholars. A degree becomes a badge of prestige that is supposed to remove the need to actually think at all. Hence, while the theory behind the system is sound (putting smart people in charge), the actual practice is not (ensuring that smart people don’t do smart things).

Once again, I return to the example of our military, which is a conscript force, which means that the military is effectively a microcosm of everything else. The Singapore Armed Forces (SAF) is inevitably commanded by people with great degrees.

Our current chief of defence force, Lieutenant General Melvyn Ong is a good example. He went to Anglo-Chinese School (independent), National Junior College and then it was off to the LSE. His predecessor, Lieutenant Perry Lim went to Cambridge.

While I am not belittling high academic achievement, I don’t believe that academics should be the be-all and end-all of one’s achievements. The problem for our generals is that they lack the most crucial ingredient in judging a soldier – combat experience.

In a way, it’s a “happy problem,” in as much as nobody should actually want to go to war and have to deal with the horrors associated with it. However, soldiers, especially those leading troops in a potential life and death situation should probably have more than book knowledge about how to fight a war.

Why, for example, would you trust a soldier to fight and sacrifice his or her life if all they’ve ever done is to watch Rambo movies on TV? You would not trust a surgeon to operate on you if that surgeon had never operated on anyone else before?

To make up for the “lack of combat” experience, we do send troops on overseas international missions (which remains not the same as actual war). However, this clearly something that the system does not value.

Take the example of Mr Bernard Miranda, who was a navy officer – someone who actually commanded an international task force to conduct anti-piracy operations in the Gulf of Aden. Mr Miranda was by all accounts was pretty good on the job, as can be seen in this report: Singapore Completes Command of Multinational Counter-Piracy Task Force

You would have imagined that success on an international level would have made Mr Miranda a hero. Unfortunately, Mr Miranda was in the wrong colour (out of Singapore, the armed forces champion themselves as places where ethnic minorities can succeed) and more importantly, not one of the chosen few.

His reward for a job well done was to be demoted (from one-star admiral to colonel) and he was quickly retired. To be fair, he was given lucrative postings and will probably be remembered as a senior civil servant who got caught drink-driving. 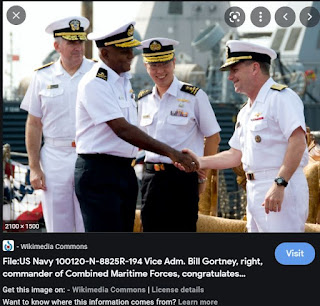 The other example of wasted experiences is that of Tan Huck Gim who commanded a task force in what was then called East Timor from 2002 to 2003. If there was an example of a Singapore General who did a job for Singapore, it was General Tan’s command in Timor Leste. His experiences have been turned into a case study on how little Singapore can use its troops to do something useful in the wider region: A UNMISET Case Study

How did we reward General Tan for doing a good job? We demoted him, took away the extra star because the only two-star general allowed to exist in Singapore was the Chief of Army, which at that time was Major-General Ng Yat Chung who would distinguish himself by becoming a Chief of Defence Force (CDF) that was mysteriously absent from all the events you’d expect the CDF to be at, and then he would become a businessman who would run down not just one but two public listed companies.

I remember talking to someone in the Ministry of Defence about this. It didn’t make sense that an army that had never seen an unfriendly situation in its entire history was demoting a leader who had actually dealt with unfriendly situations. The reply was “But he’s OLD WHAT.” 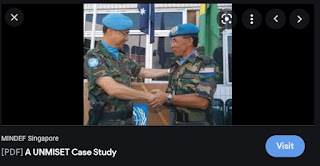 Thank you for being a leader on an international stage – now please give us back the rank you actually earned and p*** off into obscurity.

It doesn’t make sense to demote people who have proven themselves to be capable, particularly in a society that claims to worship meritocracy. So what if he’s old – he’s shown that he’s good?

Yet, while there may be some sense to what I’ve said, it clearly doesn’t apply. It seems that “leadership” is about looking good on paper (right school, graduate from university, preferably from a family with some money, helps if you’re the right colour, though we may need the odd token, and you got to be the right age). Unfortunately, what looks good on paper doesn’t always prove to be so.

The world is going through a rough patch. We need competent leadership and the only way we are ever going to achieve it is by promoting people who have shown themselves competent in the here and now rather than what they did in a sheltered background two decades ago.

We need to stop trying to check boxes made up by bureaucrats in a cubicle and judge people by what they do on the ground. Sure, I have nothing against scholars or scholarships. However, we need to challenge our scholars – give them the shitty problems.

There’s no point in putting smart people in charge of things that don’t need to be solved. Getting scholars to avoid challenges is an act of putting the brain in a drain. /TISG