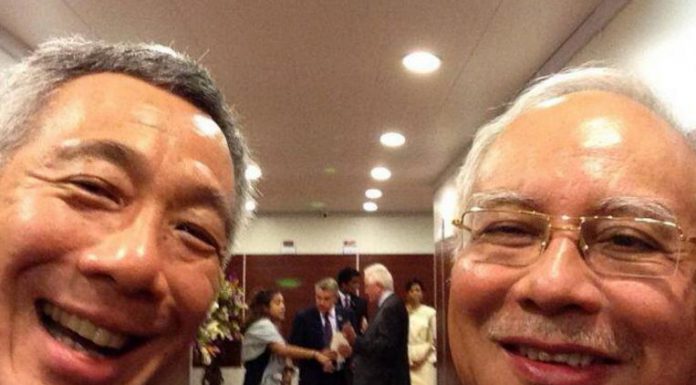 Malaysia’s debt is not at such a manageable level, despite what the Malaysian government is saying.

The critics of PM Najib Razak’s government said they are concerned over how interest is being paid to service debts and whether borrowing by state firms hides a growing problem.

“Malaysia is better than developed countries such as Singapore at 112 percent, the United Kingdom at 89.3 percent, Canada at 92.3 percent,” the Premier said.

However, Singapore spent far less servicing that debt, using only 6.1 per cent of its revenue in 2016. Malaysia used 12.5 percent of its income on interest payments that year, said Straits Times.

When Datuk Seri Najib took over the country’s leadership in 2009, the government’s interest burden was less than 9 per cent of its revenue. That figure has been rising steadily since.

This year, the state expects to pay RM31 billion in interest, more than double the amount paid in 2009.

This amounts to nearly all the personal income tax the government expects to collect or more than two-thirds of its takings from the unpopular goods and services tax it began levying in 2015.

This is a trend that will more likely end in a Budget crisis for Malaysia by 2023, the year Najib has set to narrow the budget deficit.

Rating agencies have flagged interest payments and low government revenue as a challenge for Malaysia, which is single-A rated. Countries like Singapore are triple-A rated, which means they can borrow at cheaper rates.

They say weak debt affordability will remain a drag on Malaysia’s overall fiscal metrics and will remain a challenge.Follow us on Social Media