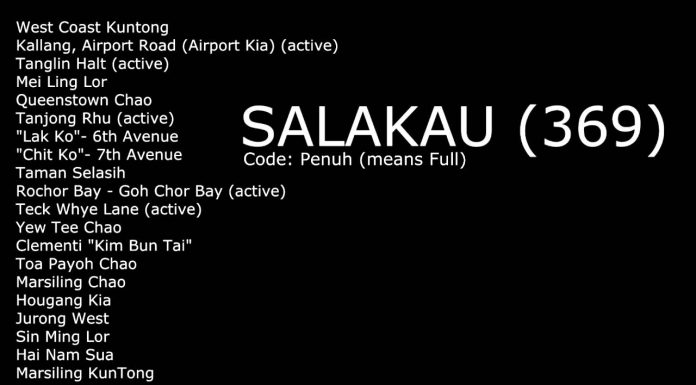 Facebook page Best Viral Videos shared a clip of a teenager which it claimed is a ‘Singaporean girl’ asking for trouble from “Sah Lak Kau”- a secret society group. The youth in the video hinted that she was from gang and did drugs.

The video has gone viral with over 3,000 shares since being published on 20 Feb.

Salakau, which means 369 in Hokkien, also known as “Sah Lak Kau”, is a street gang or secret society based in Singapore.

On 8 November 2010, seven youths were repeatedly slashed by a group of parang-wielding men in Bukit Panjang, in what appeared to be gang-related attacks. The victims, aged between 14 and 20, were attacked in two separate incidents. The victim of the first incident, a 20-year-old assistant technician, was slashed in the back and legs. The victims of the second incident were a group of 20 youths, who were surrounded by the attackers.

In both instances, the assailants first asked their victims whether they were from a gang called “Pak Hai Tong”. The victims were slashed when they denied association with the group. The gang members shouted “Salakau” before fleeing the scene. The attacker left then 15-year-old Brandon Lim Qian Da, hospitalized with a severed tongue while six from the second attack received outpatient treatment for their injuries.