Singapore fisherman pelts otters with rocks, upset that they scared his catch away 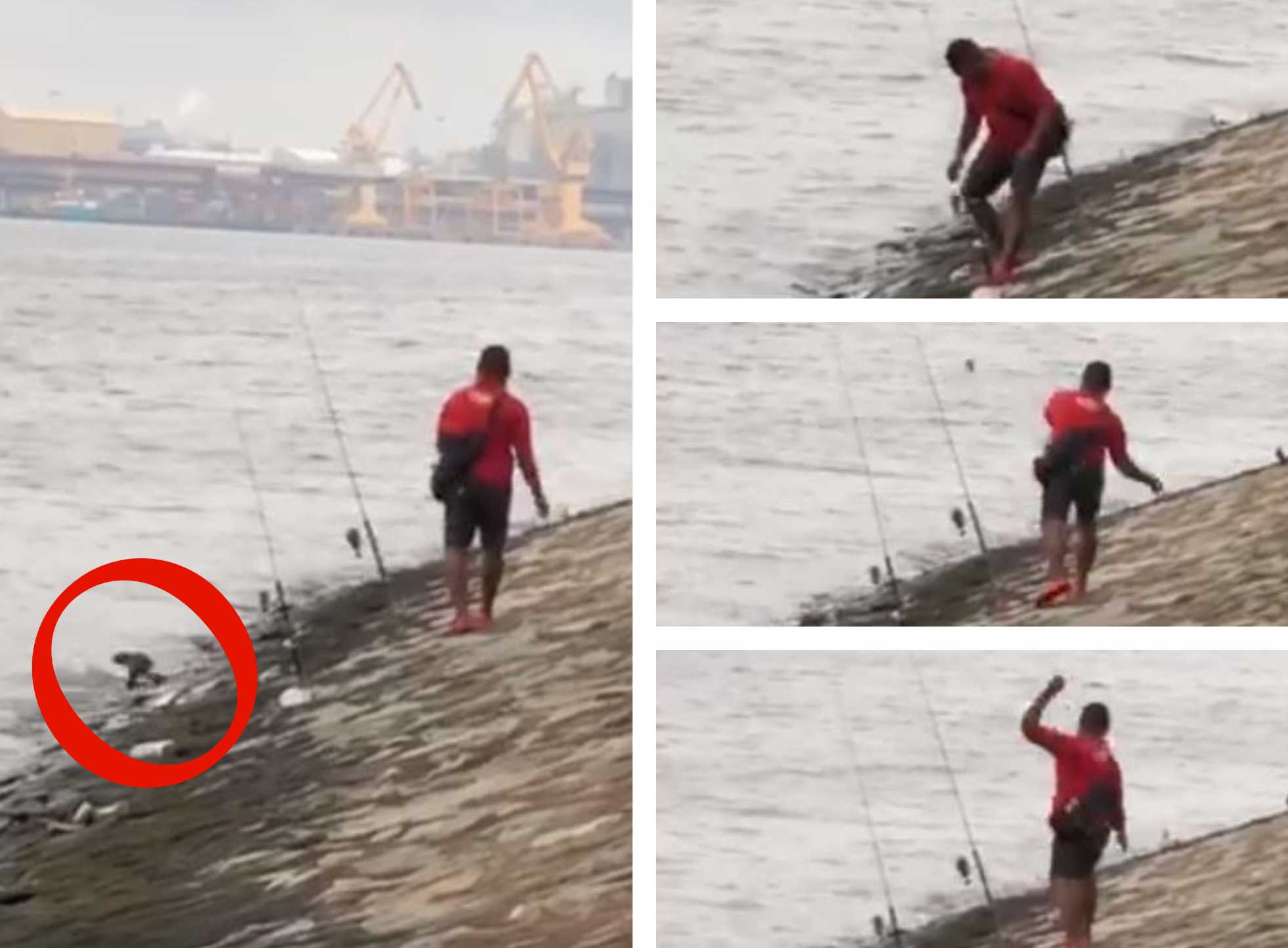 A Singapore fisherman was caught on camera pelting a family of otters with rocks, recently. A video of the man carrying out his frustrations with the otters, that appear to have scared fish away, has been trending on social media after it was posted on Facebook by OtterWatch on Sunday:

Hello sir, you are on camera …

Posted by OtterWatch on Saturday, 24 February 2018

In the short clip, a man who is trying to fish can be seen putting his fishing rod away before stooping down to collect what appear to be rocks to pelt the otters with. The otters, which can be seen swimming close by and near the shore can be seen scattering as the man vents his anger.

Another netizen noted that even if the person who filmed could not physically stop the man, they could have perhaps shouted to dissuade the man from harming the animals: