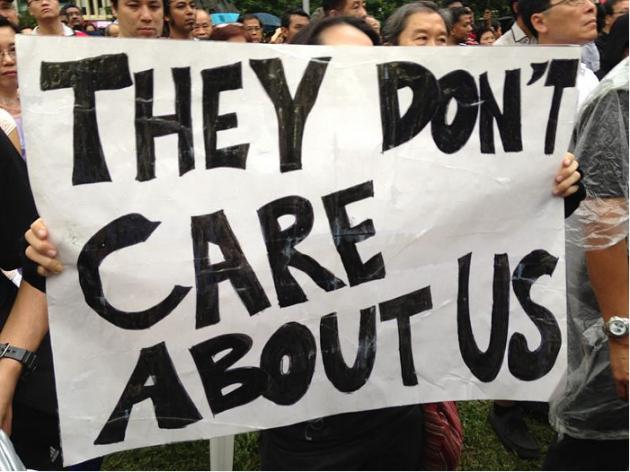 I am in the senior executive recruitment sector and I can definitely vouched that it is true that locals are being outright discriminated in the foreign firms. Anecdotal observation tells me that Singaporeans are now the minority in the management layer. Very young foreign executives are also being parachuted in Singapore for jobs that PMETS or Singaporean graduates can easily take up.

Yes these expats are not cheap especially if they are westerners (Indian senior executives will typically get on par salary with the locals). Many of the experienced Singaporean managers I knew have been pushed out (jobless), move to other sector or lucky enough to join in Stat Boards or GLCs (IDA has created many senior consulting roles for these people).

While many of you will ask why SG govt does not stop this practice. Well it is because SG’s economy has been designed to be two-tracked (government, mulitnationals) so that there will never be the case of a power tycoon (for example Lee Kah Shing or Taksin types) who can threaten the power structure under PAP.

In fact it is all over the news that LHL is pushing very hard for passing of TPP, which guarantee these international conglomerate by-passing the sovereignty of national governments in the interest of “free-trade” and people-movement. There is no way to change course from the economy designed in the past 20 years (off-shore tax haven and acting as hot money conduit) as the country became over-priced (too many rent seekers from the establishment) and zero local high value expertise being developed.

What is worse is the local government control media try to camouflage with hog-wash (hub-this hub-that), lacking real in-depth questioning of the status quo which is leading the country to ruins.

Why so many western expats are eager to work here (and their companies parachuting them here)? It is because the situation over there are in dire straits. Stop believing the mainstream US media which tells you how good the employment rate is (numbers drastically manipulated to hire the truth). In fact the PMETS in US and UK are also facing challenges of having their job off-shored or being replaced by Indians (for eg H1B VISA). That is the main reason behind the huge support for seemingly “crazy” Donald Trump who claims to be an anti-globalist.

My final hope is you should keep your heart open, go with the flow. The situation in the coming months or years are not getting better as we are at the start of the next (worse) financial crisis and impeding global war/conflict. Not trying to be a pessimists, but the situation seems to be spinning out of everyone’s control at the moment.

—
Republished from Transitioning.org.Follow us on Social Media