In his Facebook post, Mr Lim wrote, “So what makes the PAP MP’s speech on this topic less ‘populist’ than what we had already proposed all along?" 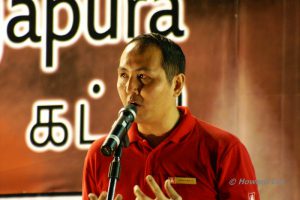 Singapore—Mr Bryan Lim Boon Heng, a politician with the Singapore Democratic Party (SDP), said in a Facebook post on Thursday (Feb 25) that the party’s decades-long call for unemployment insurance had been met with derision in the past by the ruling People’s Action Party (PAP).

He pointed out that yesterday, however, on the first day of the Budget Debate in Parliament, a PAP MP from the labour movement, as well as other MPs, raised up the same issue.

Mr Lim wrote that SDP had proposed its “retrenchment benefits scheme ‘RESTART’” for the past two decades as well as in its manifesto for the General Election last July.

This had been met with “wolf calls like ‘Where is the money going to come from?,” he wrote, as well as accusations of the SDP as “populists whose divisive approach to politics will do Singapore harm”.

The PAP MP Mr Lim was referring to is Mr Patrick Tay (Pioneer SMC), who is the assistant secretary-general of the National Trades Union Congress (NTUC)

Mr Tay had pointed out that S$107 billion had been allocated to save jobs and businesses in this year’s Budget.

He said: “In this regard, and having gleaned from the various recessions and downturns including this current downturn, it may be timely for us to consider introducing some form of transitory insurance, commonly referred to as unemployment insurance, to help workers who lost their jobs.”

In his Facebook post, Mr Lim wrote, “So what makes the PAP MP’s speech on this topic less ‘populist’ than what we had already proposed all along?

If the PAP decides to copy our ideas for the umpteenth time, my next question will be: ‘Where is the money going to come from this time?’ Another dip in the reserves again?”

He added, “Right after the last GE, the PAP had already hinted that they might consider pushing out unemployment insurance if ‘structural unemployment is high over time’.”

The two other MPs who spoke on the topic of unemployment insurance in Parliament on Wednesday were Nominated MP Hoon Hian Teck, the Singapore Management University’s economics dean, and the Workers’ Party’s Louis Chua (Sengkang GRC).

Prof Hoon said that a national unemployment insurance programme will be a necessity to help workers after the payouts from the Jobs Support Scheme (JSS) end.

“How do we prevent workers and their dependents from suffering a sharp drop in consumption when fiscal stimulus is removed because the recession drags on for several years?

We, therefore, need to examine the costs and benefits of providing social insurance to cover the risk of unemployment. To be clear, this is not something to implement in the midst of Covid-19 but it is an option to be studied when this storm is passed.”

As for Mr Chua, he said that unemployment insurance would help assuage workers’ concerns and “near term anxieties associated with job losses, while reducing the incidence of underemployment”.

“Ultimately, we may need to think of implementing automatic stabilisers instead of discretionary, ad-hoc schemes to enhance the resilience of our workforce,” he added.