The Independent Singapore News
Home News SG Economy SDP: Minister Shanmugam should not blame others for his own tardy actions...

SDP: Minister Shanmugam should not blame others for his own tardy actions in Benjamin’s case 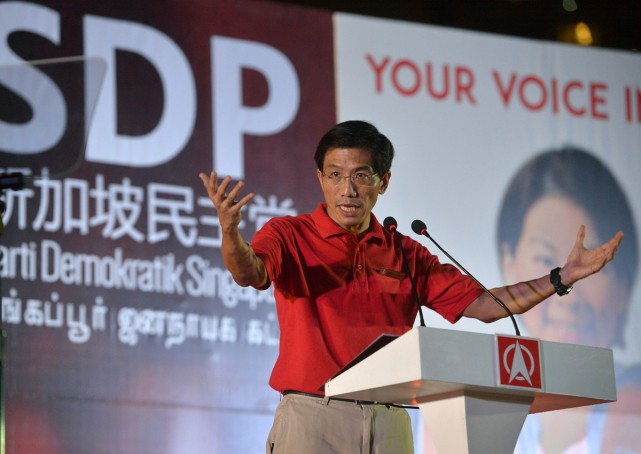 The following is Singapore Democratic Party’s press release on the Ministerial statements on Benjamin Lim’s case in Parliament on 1 Mar 2016.
—
Law Minister should not blame others for his own tardy actions in Benjamin’s case
It is unfortunate that Minister for Law K Shanmugam has blamed The Online Citizen and the Law Society for the Benjamin Lim saga.
Benjamin committed suicide on 26 January 2016. Did it have to take five full weeks for the Minister to address the issue? Contrast this to another case where a 4-year-old boy had fallen through a grille-less open window to his death. This happened on 6 October 2015. On 15 October 2015, Mr Shanmugam published a post on his Facebook, commiserating with the boy’s family and lambasting the contractor for not doing his job.
Why could the Minister not have responded sooner in Benjamin’s case especially since it was his Ministry – the Ministry of Home Affairs – at which many questions were directed.
Unfortunately, Mr Shanmugam chose to remain silent despite widespread calls from the public for him to address the incident and it was his protracted silence that irked the public and fueled speculation over what happened that fateful day when the boy committed suicide.
Mr Shanmugam said that it was out of respect for the Lim family that the government did not make any statements. This does not make sense as Mr Shanmugam was very quick off the mark over the incident where the 4-year-old boy fell through the window. Besides, Benjamin’s family had issued a public statement questioning the state’s actions.
If not for TOC’s and the Law Society’s statements – the SDP had also issued a statement (here) – the pressure for the government to address the matter would not have been as intense.
In any matter that is of public interest, the people have every right not just to know about the facts of a case but to also have it in a timely manner. The fact that there was such a delay in the government’s response over the Benjamin Lim episode is unacceptable. To blame other parties for its tardiness is even more reprehensible.
One is reminded of the Mas Selamat escape in which Prime Minister Lee Hsien Loong remained silent over the matter for an inappropriate amount of time despite intense public anger over the debacle. At such times, it is incumbent upon political leaders to step forward expeditiously and provide the public with answers.
In the present the case, there are still questions that need to be answered:

Mr Shanmugam must remember that the most important thing here is that a young life is gone and a family has lost a loved one. Steps, not finger-pointing, have to be taken to ensure that this never happens again.Follow us on Social Media