In a press conference on June 18, Secretary-General of the PSP Dr Tan Cheng Bock announced six new members of his party as candidates.

Adding that they were selected from “all walks of life”, he explained that some were from banks, others self-made executives and some who had also not taken the usual academic route. “They are a little rougher around the edges but they have made a success of their life nonetheless”, he added.

“Above all, the one important value they carry is service before self”, Dr Tan added.

“And for that to happen, the heart must be in the right place”, he said. 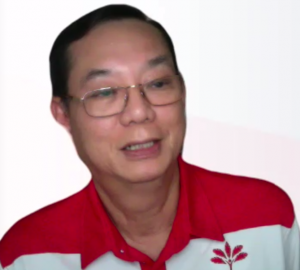 Starting with Mr Francis Yuen, Dr Tan said that “he understands people and he inspires and sizes up issues very quickly”.

As an SAF Scholarship holder and someone who served with the airforce for 20 years, Dr Tan added that Mr Yuen started as “a poor Chinatown boy who studied in neighbourhood schools”.

Mr Yuen said that his reason for wanting change was because our country has gone “off track, with one party monopolizing the government for too long”. Ms Hazel Poa is a graduate from Cambridge University with a first-class honours in Mathematics. Dr Tan added that although she was a government scholar, she opted to start her own business.

Ms Poa said she wanted to give Singaporeans an alternative path. Mr Brad Bowyer, formally from People’s Voice Party said that he can bring a unique “East-west point of view”, to generate new approaches to the problems we face said Dr Tan.

Described as a “formidable parliamentarian” by Dr Tan, Mr Bowyer said that despite the POFMA incident, he has been active on Facebook to stimulate conversation among Singaporeans.

Mr Bowyer said that we’ve all seen “mistake after mistake, misstep after misstep and no one is held to account”, which is why he worked with the Progress Singapore Party (PSP) on its journey forward.

The other members which the party introduced were PSP’s treasurer S Nallakaruppan who addressed a question on the India – Singapore Comprehensive Economic Cooperation Agreement (CECA).

TISG asked: CECA has caused a lot of unhappiness amongst Singaporeans. Are you in favour of abolishing it/ changing it to become more people-friendly?

In response, Mr Nallakaruppan said: This issue has been affecting many Singaporeans, especially PMETs, most definitely we are in favour of reviewing the CECA. Last year when they had the party launched, Dr Tan mentioned clearly that it is time to review this.

He added that many Singaporeans are unhappy with certain aspects of the agreement such as:
1. Trade and investments which guarantee India and Singapore access to each others market without tariffs. Trade has benefitted both countries a lot so this is a good aspect of CECA
2. Free movement of s-pass holders- like It, etc PMET jobs. Our government’s official response is that CECA has created more jobs for locals, but locals feel this is not the case. We had the first meet the PSP webinar, the survey showed that respondents felt CECA was lopsided and did not benefit Singaporeans as much as it does for Indian Workers.

“PSP’s Proposal is that Singaporeans be given first priority for jobs. Only when necessary skillset not available, then foreign talent take. For entry-level PMET jobs- locals should have the jobs. Foreigners can study in Singapore but should go back to look for jobs. Local graduates must have priority”, Mr Nallakaruppan said.

He continued that “when foreigners have sufficient experience and needed by Singapore, they are welcomed to join us. We are not xenophobic”.

“If you look at our universities, NUS and NTU are world-ranked. NUS is number 11 and NTU 13. Don’t see why our local graduates don’t have the necessary skillset to take on today’s job”.

He reiterated that PSP’s stance is that we are not xenophobic against foreigners, Singaporeans should be given first priority and only when the necessary skillsets are not available then we give it to foreigners. Singapore should protect our own Singaporeans first.

When asked if the PSP was a “Dr Tan party”, Mr Bowyer answered that “Dr Tan is a very astute politician, and he had to be front and centre to build the party”. He continued explaining that as the party reveals more of itself, Dr Tan has taken a slight step back while pushing party members in front to showcase the other members. “in the months and years ahead it should be the Progress Singapore Party that the people focus on and not its founder”. /TISG