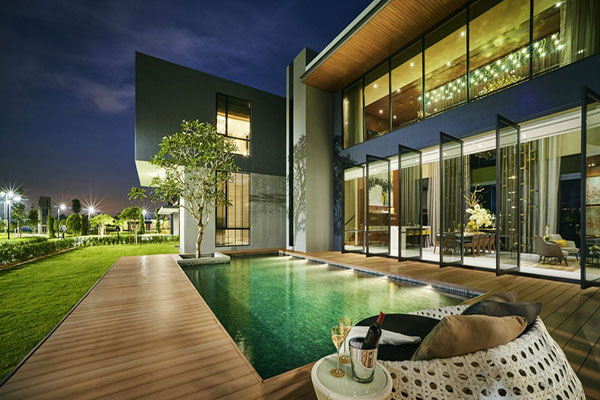 Private home prices continued to rise in the second quarter of 2018. 1,724 private homes were sold in July 2018 said the data released by the Urban Redevelopment Authority (URA) on Wednesday. These figures are about 2.6 times more than the 654 units sold in June 2018 and up 55 per cent from the 1,112 units they sold in July 2017. URA said its numbers were based on its survey of licensed housing developers.

This was the fourth consecutive quarter of price growth following four years of decline. In particular, home values picked up rapidly in the first half of 2018 – up by a cumulative 7.4% – driven by growing market confidence, a spate of new launches and healthy housing demand.

Ms Tricia Song, Head of Research for Colliers International Singapore said: “However, the pace of price increase will likely be tamed in the latter half of 2018 after fresh cooling measures kicked in on July 06. The new measures are expected to dampen home sales as the higher additional buyer’s stamp duty (ABSD) could curtail investment demand from both locals and foreigners, and the lower loan-to-value (LTV) limits could also weigh on buying interest.”

Colliers predicted that the cooling measures will likely slow down demand in the landed segment, given the absolute quantum is usually large (over SGD3 million), and the 5ppt increase in ABSD (for investment properties) and 5ppt decrease in LTV could mean a 10% incremental cash outlay. Upgraders would also need to factor in more time if they have to sell their existing property to avoid the incremental ABSD.

Prime private home prices rose marginally by 0.9% in Q2 after increasing 5.5% in the previous quarter.

Ms Song said she believed the new cooling measures will likely impact demand in the CCR the most as foreigners and investors tend to account for a larger share of demand in this segment.

She said: “We expect developers to hold off planned launches, and offer some incentives to woo buyers. However, in general, we do not expect steep discounts given that the developers have strong holding power and there is no urgency to offload units.”

Near-term launches in RCR include Daintree Residences and Jadescape, which are arguably in less competitive locations and developers feel confident of the pent-up demand. However, Colliers believe price expectations will be tempered by the cooling measures and unlikely to rise in the near-term.

Home values in OCR also grew at a slow pace in Q2 at 3.0% compared with the 5.6% increase in Q1. The growth slowed down sequentially as The Tapestry launch in Tampines set benchmark prices in Q1. In Q2, several project launches could have contributed to the price increase, including Twin Vew which sold 446 units at a median price of SGD1,383 psf, Affinity at Serangoon which sold 104 units at SGD1,586 psf and The Garden Residences which sold 66 units at SGD1,662 psf.

Ms Song said: “We believe OCR prices could be the most resilient among the three regions in the wake of the new cooling measures as first-time buyers and upgraders – who are less affected by the fresh measures – typically make up the bulk of buyers in the mass market segment. However, the benchmark prices set by some of the new launches could drive potential buyers to the resale market or towards the RCR market. Planned launches may have to trim their pricing expectations.”

Supply pipeline and rents: supportive in near term

Colliers noted that the private residential rental market has firmly turned the corner with a broad-based recovery across all market segments. The overall private residential rental index rose for the second consecutive quarter, up 1.0% QOQ, accelerating from a 0.3% rise in Q1. Rents have lagged prices by two quarters, and are still 12.2% below their peak in Q3 2013. Colliers expects average home prices to likely hold relatively steady from this point, after rising by 7.4% in the first six months of this year. Barring further measures or external shocks, prices could be supported by a benign supply outlook over the next three years. Already, vacancy and rents are improving. With rents looking up, it is unlikely to see distress selling in the near-term.

Developers are not likely to slash prices substantially for projects that are already launched in general. For projects that have yet to hit the market, developers will likely trim their average selling prices from their original intended aggressive pricing taking into account the new measures.

Ms Song said, “We believe developers will be watching closely the demand and price trends of upcoming projects – Daintree Residences being the first to be launched after the July 06 measures – for cues on how they should adjust their pricing strategy and pace out their launches in the months to come.”

Are you planning to invest in properties but worried about private home prices and ensure of funds availability for purchase? Don’t worry because iCompareLoan mortgage broker can set you up on a path that can get you a home loan in a quick and seamless manner.