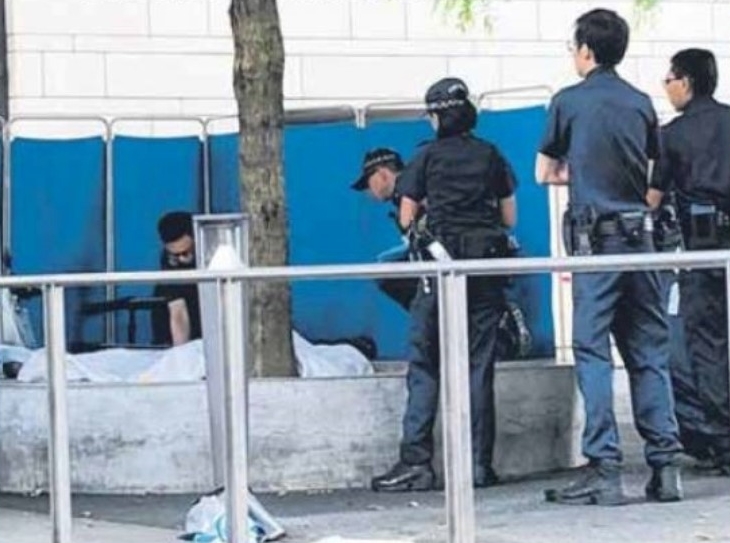 A 56-year-old man was found dead outside Jurong Point shopping mall last Friday morning. The police, who were alerted to the case around 9am, reported that the senior Singaporeans was lying motionless on a bench outside the mall and was pronounced dead by paramedics at the scene.

An eyewitness told reporters that he saw emergency personnel convened outside the shopping centre, while he was on his way to work that morning: “The body was lying on the soil outside Jurong Point, at the recreation area, and covered with a white cloth. I saw the body with flies on the stomach and believe he could have been dead for hours.”

The witness added that security officers prohibited passers-by from taking photos of the incident.

According to the Chinese daily, the deceased was discovered after the mall’s security guard tried to wake him up after a member of the public notified the guard that a man was sleeping on the bench, in the hot sun.

Under the condition of anonymity, a kitchen cook who frequently delivers meals to the needy reportedly revealed that the deceased is a homeless man named Mohamad Ibrahim. According to the cook, Ibrahim had been working as a cleaner at a food stall in Jurong Bus Interchange for 15 years until he lost his job three years ago.

The cook reported that Ibrahim’s three siblings turned him out of the house after he lost his job and so, the ailing Singaporean – who allegedly suffered from a leg condition – took to sleeping on the streets.

With his passing, Ibrahim’s CPF assets could be divided among his siblings who did not lend him a helping hand when he was alive.Follow us on Social Media