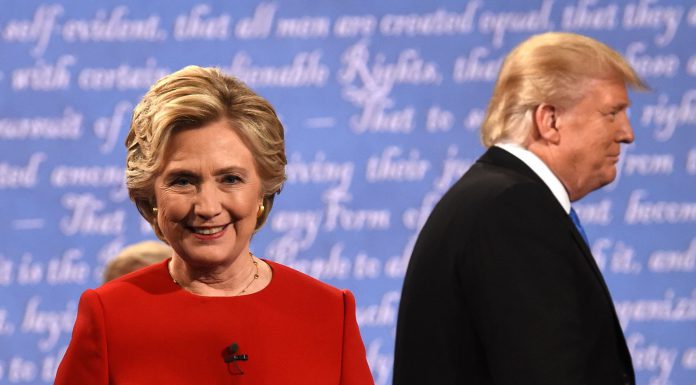 A poll conducted by HarrisX polling company for the Hill.TV’s public opinion show, “What America’s Thinking,” said sixty-two percent of Americans believe the Federal Bureau of Investigation (FBI) was biased in its handling of the probe into former Secretary of State Hillary Clinton. 59 per cent of those that took the same poll said they believed FBI was biased in its investigation of President Donald Trump.

The FBI in 2015 opened a criminal investigation into Clinton’s handling of classified information while secretary of state. The Clinton email controversy was a major public controversy arising from the use by Hillary Clinton of her family’s private email server for official communications during her tenure as United States Secretary of State rather than official State Department email accounts maintained on secure federal servers.

The controversy unfolded against the backdrop of Clinton’s 2016 presidential election campaign and hearings held by the United States House Select Committee on Benghazi. Some experts, officials, and members of Congress contended that her use of private messaging system software and a private server violated State Department protocols and procedures, as well as federal laws and regulations governing recordkeeping.

In response, Clinton said that her use of personal email was in compliance with federal laws and State Department regulations, and that former secretaries of state had also maintained personal email accounts, though not their own private email servers. One year after the investigations started, FBI director James Comey issued a statement saying he recommended no charges.

The poll found 38 per cent believed bias at the FBI favored Clinton, compared to 24 percent who thought it hurt the former Democratic presidential nominee. Thirty-eight per cent of people polled said they believed the FBI had been biased against Trump, compared to 21 per cent who said the bias worked in his favor.

The survey was conducted online from July 29-30, among 1,058 registered voters by HarrisX. The sampling margin of error of the poll is plus or minus 3.01 percentage points.

In quoting Alan Dershowitz, a renowned law professor, Trump said, “FBI Agent Peter Strzok (on the Mueller team) should have recused himself on day one.” Dershowitz claimed on Fox Business Network’s “Mornings With Maria” program that Mueller is “creating an illusion of objectivity” and slammed rogue FBI agent Peter Strzok’s involvement in the Russia probe.

“FBI Agent Peter Strzok (on the Mueller team) should have recused himself on day one. He was out to STOP THE ELECTION OF DONALD TRUMP. He needed an insurance policy. Those are illegal, improper goals, trying to influence the Election. He should never, ever been allowed to……..

…..remain in the FBI while he himself was being investigated. This is a real issue. It won’t go into a Mueller Report because Mueller is going to protect these guys. Mueller has an interest in creating the illusion of objectivity around his investigation.” ALAN DERSHOWITZ….

..This is a terrible situation and Attorney General Jeff Sessions should stop this Rigged Witch Hunt right now, before it continues to stain our country any further. Bob Mueller is totally conflicted, and his 17 Angry Democrats that are doing his dirty work are a disgrace to USA!

Trump also questioned why investigators failed to tell him that his former campaign chairman, Paul Manafort, was under investigation.

Paul Manafort worked for Ronald Reagan, Bob Dole and many other highly prominent and respected political leaders. He worked for me for a very short time. Why didn’t government tell me that he was under investigation. These old charges have nothing to do with Collusion – a Hoax!

He later claimed that accusation of Russian collusion with the Trump campaign as “a TOTAL HOAX.”

Russian Collusion with the Trump Campaign, one of the most successful in history, is a TOTAL HOAX. The Democrats paid for the phony and discredited Dossier which was, along with Comey, McCabe, Strzok and his lover, the lovely Lisa Page, used to begin the Witch Hunt. Disgraceful!