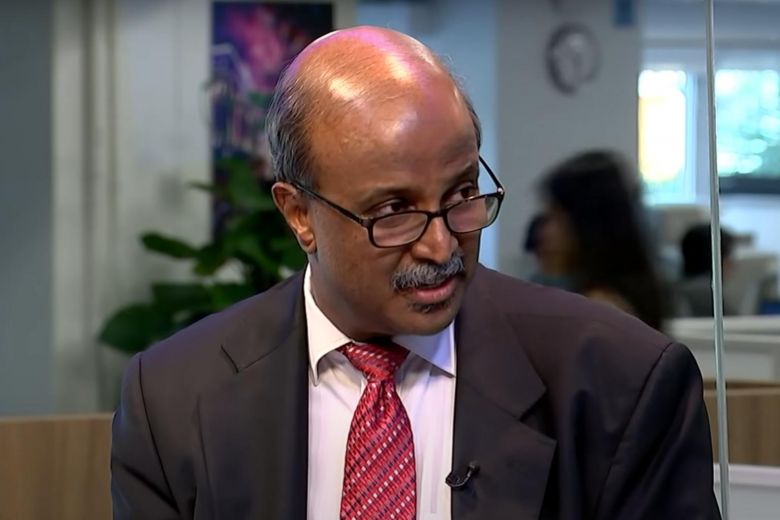 Singapore Democratic Party (SDP) chairman Paul Tambyah indicated that the opposition party’s healthcare plan is superior to the government’s MediShield Life scheme, as he urged Singaporeans to contribute to the public consultation on the MediShield Life 2020 review the day before the feedback exercise closed.

The Ministry of Health (MOH) announced last month that MediShield Life premiums will rise by a third as part of a revamp to the scheme scheduled for next year.

MOH said that premiums need to go up in view of rising healthcare costs, to increase the yearly claim limit from S$100,000 to S$150,000 and to cover enhanced benefits some of which were rolled out before the premiums were adjusted. The authorities conducted a public consultation on the preliminary changes to the scheme from 29 Sept to 20 Oct.

On Monday (19 Oct), a day before the feedback exercise closed, Dr Paul urged Singaporeans to speak up for those who have to navigate a complex healthcare financing system to get the help they need. Painting his party’s healthcare policy as superior to the compulsory national health insurance scheme, the renowned medical doctor wrote on Facebook:

“The SDP Healthcare Plan is a simple cost-effective plan that will ensure that no one has to worry about healthcare costs as we believe that healthcare is a fundamental human right. Until we get to implement the plan, we have Medishield Life.”

Sharing a video of a Singaporean who faced difficulties in getting her daughter the care she needed, Dr Tambyah said: “The proposed changes in Medishield Life are open for public consultation. Please share your views with the review committee at www.moh.gov.sg/e-consultation/mshl2020.

“Speak up for people like Ivy and her daughter who have to work through our complex healthcare financing system to get the healthcare they need.”

The SDP’s main healthcare proposal is to do away with the 3Ms (Medisave, Medishield and Medifund) and introduce a single-payer insurance scheme for Singapore’s healthcare system, while returning the funds in Medisave to the people’s Central Provident Fund (CPF) accounts.

Asserting that the 3M system does not meet the healthcare needs of Singaporeans, the SDP pointed out last year that the people’s retirement savings are eroded since a significant chunk of their CPF savings are used to fund Medisave – a scheme that already has reserves of about S$88 billion.

SDP said that Medishield Life is also lacking since the deductible is as high as S$3,000 and since the scheme “under-insures” Singaporeans, requiring citizens to maintain a large Medisave account of about S$50,000 per person. The party added that the Merdeka and Pioneer packages is evidence of the problems with the current 3M system.

Instead of the 3M system, the SDP would implement a National Health Investment Fund, or NHIF, to which everyone Singaporean contributes an average of S$50 a month (depending on income levels) through their CPF.

This amount is lower than the current Medishield Life premiums. The rest of the healthcare budget under the NHIF would be paid for through taxes collected by the government.

The NHIF would cover every Singaporean for basic healthcare including accidents and pregnancy. The SDP envisions patients paying only 10 per cent of the hospital bill, with a cap of S$2,000 per year. The remainder will be paid by the NHIF.

Dr Tambyah said, when he unveiled the healthcare policy last year: “This payment from a single source rather than multiple sources from the 3Ms eliminates the present complicated subsidy system.”

He added: “Healthcare is treated like a commodity where people avoid important primary healthcare services because of the costs and end up spending a lot of money treating complications that could have been prevented.

“As a medical professional, I feel that this is not right. We should ensure that there is equal treatment for all, care based on clinical need and not on ability to pay.”

The impending premium hike drew swift criticism from Singaporeans, many of whom pointed out how the premiums collected between 2016 and 2019 were more than double what was paid out in claims through the compulsory national health insurance scheme. MediShield Life paid out S$3.5 billion for 2.3 million claims while collecting S$7.6 billion in premiums, over the past four years.

Singaporeans urged the authorities to better check rising healthcare costs, curb the over-consumption of medical services and review medical malpractice laws instead of hiking premiums and asked why the premiums were increasing so soon since the scheme was only rolled out five years ago.

In response, Dr Koh said that the reason why total premiums collected are higher than current payouts is because MediShield Life premiums are actuarially determined based on both current claims and future commitments, given diseases that will require multi-year care.

In Parliament last week, Workers’ Party (WP) MP Gerald Giam had asked MOH what has been the loss ratio of MediShield Life (Basic) over the last five years. Loss ratios reflect the losses an insurer incurs due to paid claims as a percentage of premiums earned.

Instead of providing figures for the loss ratio, MOH responded that the adequacy of premium collection is better represented through the Incurred Loss Ratio (ILR), which compares the total premiums collected to the total monies required to ensure that the fund is able to meet current claims and future commitments.

MOH said that the average ILR of the fund from 2016 to 2019 was 104 per cent. Referring to this data, Dr Koh said in his post: “This means premiums collected were slightly less than total monies required for current claims and future commitments.”

Pointing out that policyholders pay more premiums when they are younger and receive rebates to moderate premium hikes in their old age, the ruling party politician said that the major reason behind the impending premium hike is that a greater number of Singaporeans making a greater amount of claims from the scheme.

He said that annual payouts have increased by 40 per cent, the number of claimants has increased by 30 per cent and average payout per claimant has increased by seven per cent. The other reasons for the premium hike include the revision of claim limits and enhanced benefits, some of which were rolled out even before the premiums were adjusted.

Asserting that the hike was planned to keep the national scheme sustainable, Dr Koh referred to concerns over how the increase is set to be implemented amid the pandemic as he said:

“We are mindful of the impact of Covid-19, but we hope Singaporeans can understand that we need to keep MediShield Life sustainable. As we have not adjusted the premiums for 5 years, delaying the premium increase further would only result in even higher premium increases down the road to catch up.”

Dr Koh said that the net premium increase after subsidies will be limited to around 10 per cent in the first year and added: “We will continue to hold to our commitment that premiums will be affordable and no Singaporean will lose their MediShield Life coverage due to financial difficulties.”