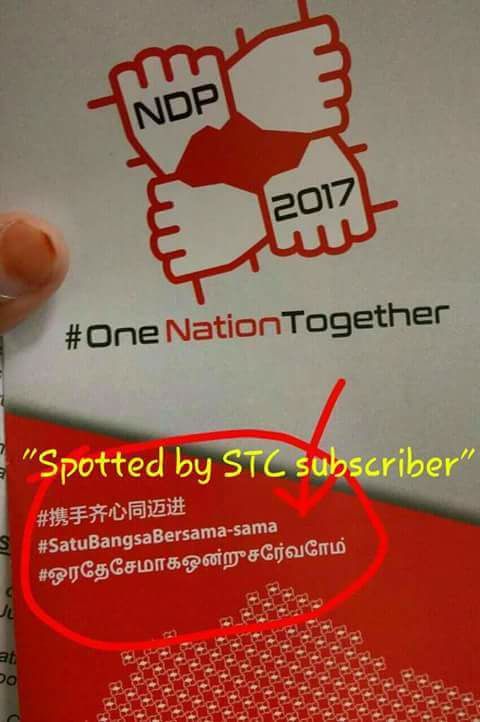 The Singapore National Day Parade’s organising committee has come under fire for allegedly butchering the Tamil version of this year’s slogan, #OneNationTogether, in the tickets for the 2017 parade.

The grossly misspelled Tamil translation sees many characters switched around that ultimately results in a ‘gibberish’ word that has no meaning whatsoever.

In unveiling a series of measures aimed to eradicate inaccurate translations, Minister of State for Communications and Information and Health Chee Hong Tat said in January 2017 that the priority is to tighten vetting procedures: “We will require all government agencies to adopt a more rigorous process to vet and check their translated materials before they are made public.”