Motorist shocked to see PHV driver with 4 cellphones on, plus music video playing on another screen

Singapore—A photo posted on the popular ROADS.sg Facebook page on Monday (June 14) has surprised netizens almost as much as the original poster.

The person who sent the picture to ROADS.sg wrote, “When my car stopped next to this PHV driver, this is what I saw. There were 4 mobile phones, all screens were switched on and he was enjoying MTV music video on the car entertainment screen.” 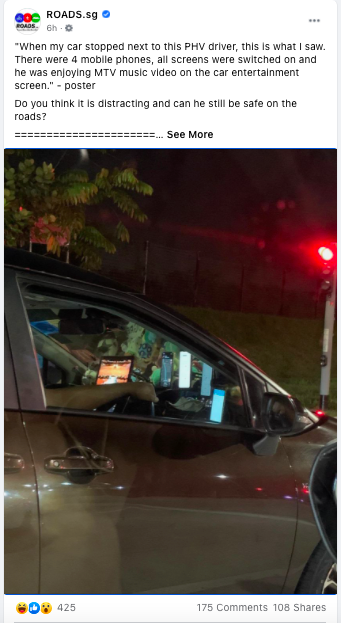 Call us old-fashioned but we firmly believe that when a person is driving, their full attention should be on the road.

Many commenters on the page tend to agree.

With a set-up like that, “better to get out of the car,” one netizen wrote. “Better be safe than sorry.”

Others wrote that drivers should only be allowed to have two devices.

Other netizens brought up larger social issues, critiquing a society where “people have to work so hard with so many apps just to earn a living in Singapore”.

Some netizens underlined the risks the driver is taking.

Shockingly, one netizen posted a photo in the comments with a taxi driver having even more screens. 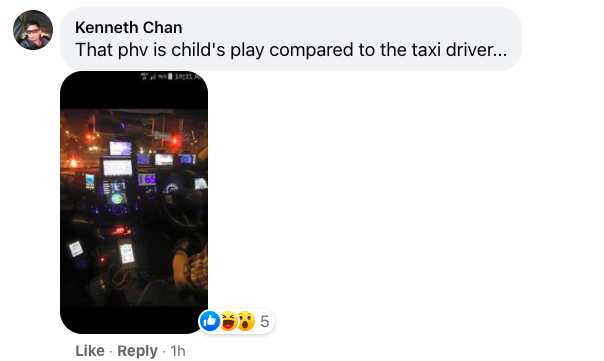 The video has been shared over 100 times.