Mommy-to-be Dia Mirza is the queen of kaftans and breezy dresses, proof in pics 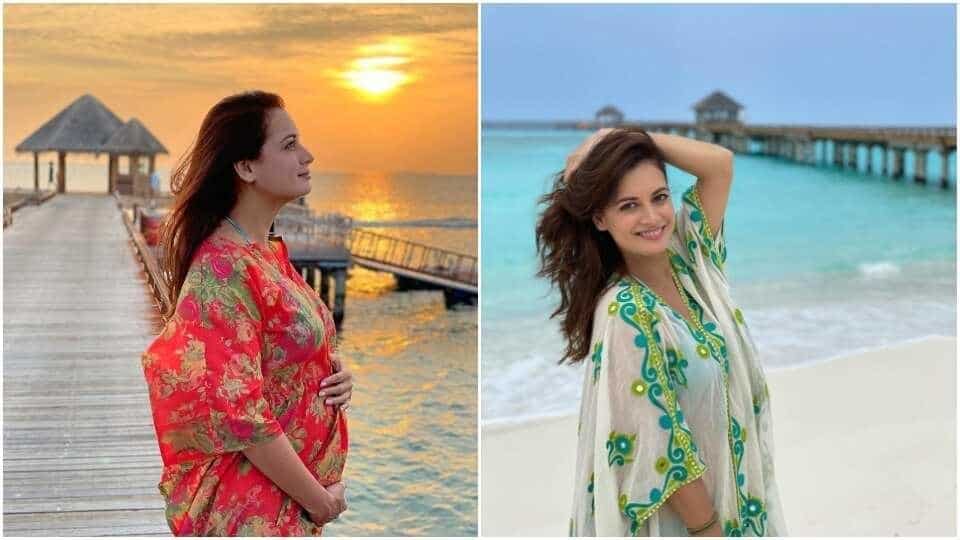 Delhi — New bride Dia Mirza recently announced that she is expecting her first child with husband Vaibhav Rekhi on social media and took the internet by storm. The announcement picture that was clicked in the Maldives, where Dia went for her honeymoon, showed the stunner wearing a beautiful bright red floral print kaftan while cradling her baby bump and looking in the distance. The image also featured a serene sunset.

Even though Kareena Kapoor Khan and Malaika Arora made kaftans that one wardrobe must-have piece during the lockdown, Dia has been nailing flowy dresses and kaftans for the longest time now. Her off-duty style comprises comfy looks that are perfect to lounge around in the house and wear outside while running errands. Not just that, Miss Asia Pacific 2000 even wore a lot of flowy silhouettes including kaftans during her honeymoon as well.

The announcement picture that broke the internet is proof of our statement and it was shared with the caption, “Blessed to be…One with Mother Earth…One with the Life Force that is the beginning of everything… Of all stories. Lullabies. Songs. Of new saplings. And the blossoming of hope. Blessed to cradle this purest of all dreams in my womb Photo by @vaibh_r #SunsetKeDiVaNe (sic).”

Check out the other attires that she wore during her honeymoon. One of our favourites was the sheer beach coverall featuring a traditional pattern.

Her white halter-neck flowy dress which the actor teamed with a straw hat was also to die for and let’s not forget her beige breezy dress.

Have a look at some of the other breezy silhouettes that Dia Mirza has donned in the past:

Dia Mirza got married to Vaibhav Rekhi in a private ceremony on February 15, 2021. The nuptials were held at the actor’s home and were attended by their families and a few close friends.Follow us on Social Media