The Independent Singapore News
Home News Featured News Mixed marriages or couplehood: Do you care what Tan Boon Lee or... 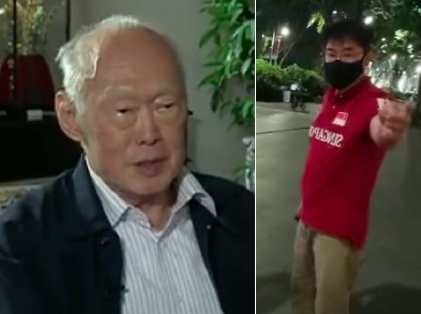 Is the hoo-ha over the Ngee Ann Polytechnic lecturer just a storm in the multi-racial teacup which will subside and be forgotten as swiftly as it has flared up? Or, as some cynics may say, is it all an engineered diversion from a more serious self-accounting within the Muslim community over equality of women following the hot asatizah saga? Quick answer to the second question is: Let’s see how the asatizah controversy is addressed.

Meanwhile, out of nowhere, there was this video showing a Chinese man (identified as one Tan Boon Lee, a NP lecturer) making racist remarks at a couple in Orchard Road. In the video clip uploaded by the girlfriend of Dave Parkash, Tan was seen saying it was a disgrace for a Chinese woman and an Indian man to be seen together. The lecturer accused Parkash of preying on a Chinese woman. Parkash is of Indian and Filipino parentage, while his girlfriend, Jacqueline Ho, is half-Thai and half-Singaporean Chinese. Both are Singaporeans. Within days, one of Tan’s former students has also come on social media to accuse him of racially and religiously insensitive behaviour in the classroom. The polytechnic has suspended the lecturer pending investigations.

Predictably and rightly, every other person has condemned the racism shown up in the video as well as some other instances of racism caught online, including one on an irate Chinese woman banging a gong in response to an Indian neighbour performing a religious ritual. The President, ministers, politicians, mainstream journalists, social media have unanimously agreed that racism has no place in this multi-racial country.

Will such public outcry put a stop to racism? What exactly are the issues brought up by the Tan Boon Lee incident? Specifically, the lecturer was talking about inter-racial couplehood, meaning, there should not be any mixing, presumably, to maintain purity of race. On the one hand, no less a figure than Lee Kuan Yew himself had said he was uncomfortable about inter-racial marriages. Workers’ Party leader Pritam Singh brought this up: “In Hard Truths, Lee once shared that if his daughter wished to marry a black African, he would have no qualms of telling her: ‘You’re mad’. He also expressed reservations about inter-racial marriages.”

Way back in 2011, Prof Tommy Koh said he was disappointed with Lee’s views on race: “We should not judge a person on the basis of colour, race or religion. There are good men and bad men, good women and bad women, of every colour, race and religion. I know some black Africans who are smart, kind and honourable. If I had a daughter and she had wanted to marry such a man, I would be supportive and would certainly not call her mad.

“I know of many happy and long-lasting inter-racial marriages. One of the Minister Mentor’s closest comrades, the late S Rajaratnam, was married to a Hungarian.”

There is no question that Lee’s views apart, Singapore’s main political leaders have progressive attitudes towards multi-racial marriages, although I have yet to see a mixed marriage involving the members of two main races – Chinese and Malay – at that level. Still, no issue today at the highest level in Singapore. The NP lecturer is on his own.

But what about at the macro level?

In 2017, more than one in five of all marriages here – or 22.1 per cent – were between people of different races, a significant increase from the 16.4 per cent in 2007. The figure of 22.1 per cent was more than double the 8.9 per cent of such marriages registered in 1997, data in the Statistics on Marriages and Divorces 2017 showed.

So my simple conclusion is: Anyone can say anything he likes on mixed couplehood, whether or not he is comfortable with it or whatever other rant he wishes to inflict on others, it does not really matter. Mixed or inter-racial marriages are here to stay and on the rise. Live with them. Grow up.

Why is Paul Tambyah not in Parliament at a time like this?

Here is this pandemic which will be part of our lives, like the flu. It will be an ongoing battle. And there is so much to be properly debated in public. All these scientific issues, requiring some expert views. Emerging new variants, allergies, effects of the various vaccines, how and when movement restrictions can be eased or lifted.

The Straits Times reported: “Professor Paul Tambyah, president of the Asia-Pacific Society of Clinical Microbiology and Infection, said a careful examination of the data is key to deciding where restrictions can be most relaxed.

“For instance, some recent clusters have emerged in ‘closed working environments in essential services’, such as fast-food outlets or barber shops. These are difficult to shut down, and thus the strategy in such settings should shift to identifying groups to ‘jump the queue’ for vaccination, he said.

“More work also needs to be done to understand how transmission might be happening in Housing Board blocks, where several clusters have also been found. If more outbreaks are occurring at home, it does not make sense to tell people to stay at home, he added.”

Why is Tambyah, who is also the Singapore Democratic Party chairman, not in Parliament?