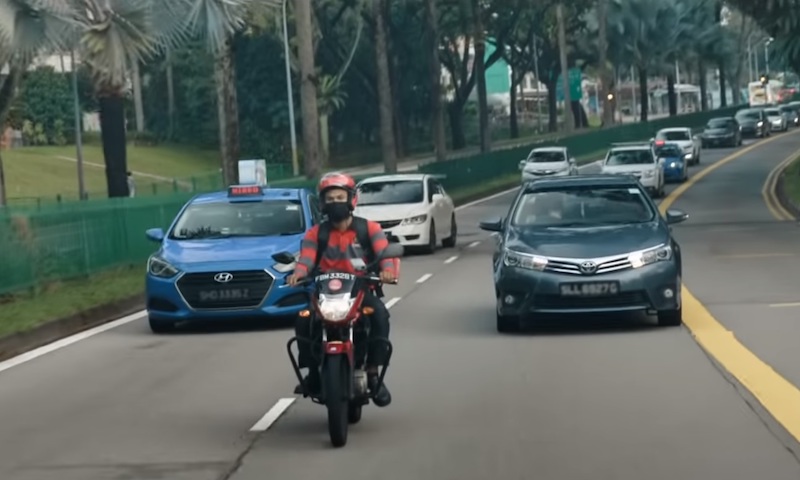 PETALING JAYA — A McDonald’s Singapore advertisement highlighting its Malaysian workers unable to reunite with loved ones during Ramadan is tugging hearts online.

The ad, released in conjunction with the holy fasting month for Muslims, focuses on the chain’s Singapore-based Malaysian workers separated from their family due to Covid-19 that necessitated border closures.

“During Ramadan, it is customary for Muslim families to sit around the same table and break fast together,” McDonald’s Singapore wrote on its official YouTube channel.

“Due to Covid, the large number of Malaysian Muslims who work in Singapore cannot celebrate Ramadan with their loved ones back at home.”

The clip titled My Happy Table celebrates the Ramadan spirit despite separation through the eyes of three staff members.

One of them, Samsuri, initially thought the border shutdown would last for two weeks but he has been in Singapore for more than a year due to travel restrictions.

The father of one said he considered going back to Malaysia during family emergencies such as when his house was flooded and when his father suffered a stroke.

“But I thought about my commitments, this is my sacrifice for my family back home in Malaysia,” he said, adding that his close friends in the Lion City were facing the same situation.

Rozaini, who has been working in Singapore for 11 years said three months felt like three years and if she ever gets to return to Malaysia, she would like to hug her parents and in-laws.

“Responsibility is more important than those things, so I just have to push through,” she said.

Another McDonald’s Singapore employee Anas said he would tell loved one what it was like living in Singapore and missing his wife and son.

“I used to travel back and forth to meet them every day,” he said.

The touching clip ends with a tearful virtual reunion of the three families that was filmed in McDonald’s Malaysia where they are seen breaking fast together.Follow us on Social Media