Home News Man cheats family of over S$150,000 to give to his married girlfriend

Man cheats family of over S$150,000 to give to his married girlfriend 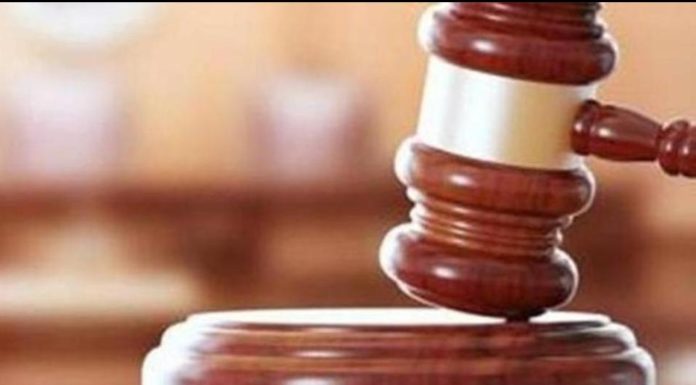 He was manipulated by the older woman, says his lawyer

Singapore – A Singaporean deliveryman cheated his family of over S$150,000 to give the money to his married girlfriend whom he met after dropping off a parcel at her door.

He was sentenced to 15 months’ imprisonment on Monday (June 7), with another five charges considered.

In July 2016, Lai met the co-accused, Jocelyn Kwek Sok Koon, when he delivered a parcel to her home.

Kwek, who is 19 years older than Lai, faces similar charges and is contesting them, reports stated.

Kwek, now 47, was selling bags and exchanged contact information with Lai before they began chatting on WhatsApp.

The court heard that Kwek engaged Lai’s delivery services for her business, which eventually led to a romantic relationship.

Lai was fully aware that Kwek was married with two children, said the prosecutor.

However, he told a false story about Kwek to his parents as he was uncomfortable revealing the truth about her.

His parents came to know her as Rachel Lam Xin Yi, a National University of Singapore student about the same age as Lai.

They talked to her on the phone but never met her.

In May 2017, Kwek told Lai she needed about S$8,000 for her business. They allegedly plotted to get the amount from Lai’s 56-year-old mother under the ruse that he needed a loan to purchase a car.

Then in March 2017, the pair plotted once more; this time, the target was Lai’s 55-year-old father. Lai told him that he needed a loan of S$5,778 to pay for his Singapore Institute of Management University school fees.

After Lai’s father transferred the money to him, he sent some to Kwek.

In October the same year, Kwek allegedly told Lai to cheat his father of S$80,000 for an investment opportunity with United Overseas Bank, which would return a 21 per cent interest on the principal amount.

Lai transferred S$77,000 of the amount to Kwek’s daughter’s bank account and used the remainder to repay a loan he had also obtained for Kwek.

The last victim was Lai’s younger sister, who gave him S$1,000 for an investment scheme that would yield a 30 per cent interest on the principal amount.

In addition to these four occasions, five other charges were taken into consideration in Lai’s sentencing.

It was not revealed in the court documents how Lai’s offences came to light.

However, Lai’s lawyer, Mr Anthony Wong from Lee & Lee, highlighted that his client had a clean record and pleaded guilty for the crimes, reported CNA.

Mr Wong added that Lai had “an altruistic motive” for the offences as he genuinely believed Kwek was trying to help his family earn some money through the high-yield investment schemes.

Lai was “manipulated” by the older woman and acted as a “mere puppet” handing over the sums of money and not keeping any for himself, said Mr Wong. The one or two small sums remaining were used according to Kwek’s instructions.

Lai has voluntarily made restitution of about S$23,000 to his family. They have also since forgiven him “fully and unconditionally”, said Mr Wong. The lawyer also tried asking for a report assessing his client’s suitability for probation.

In response, District Judge Victor Yeo highlighted that Lai was 24 years old when he committed the crimes, completed national service and had a diploma in aerospace electronics.

He was also fully aware of Kwek’s marital status, yet engaged in a “charade” to cheat his family.

Judge Yeo was “not entirely persuaded” of Lai’s altruistic motive, although he accepted that Lai did not receive any monetary benefit from his actions.

“The accused has promised his parents that he would work extremely hard to return all their life savings at the soonest,” said Judge Yeo, accepting Lai’s remorse and his parents’ plea for a lenient sentence for their son.

The judge granted a postponement of his jail term as Lai was recovering from stomach flu.

Meanwhile, Kwek is scheduled to go to trial next month.

For each charge of cheating, Lai could have been imprisoned for up to 10 years or fined./TISG