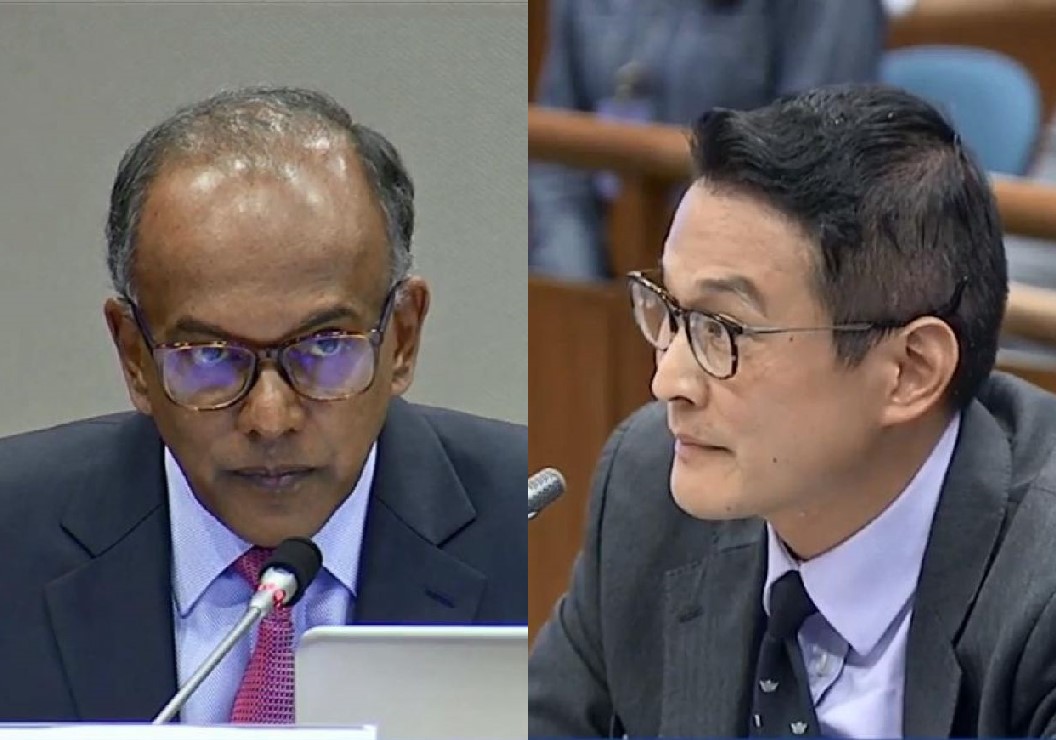 Historian Dr Thum Ping Tjin found himself embroiled in a heated exchange with Law and Home Affairs Minister K Shanmugam over Operation Coldstore and the Hock Lee bus riots, as he appeared before the Select Committee on Deliberate Online Falsehoods on the final day of hearings yesterday to deliver his testimony.

The Minister grilled Dr Thum for almost six hours on his views on a variety of issues, besides questioning Dr Thum’s suggestion that there are no examples of fake news which have had a major impact on Singapore offline, with one exception.

The historian had elaborated in his written submission to the Select Committee that, “There is clear source of ‘fake news’ which has spread falsehoods, with major impact, and hitherto escaped sanction. That is the politicians of Singapore’s People’s Action Party.”

Pointing to detentions made under the Internal Security Act between 1963 and 1987, such as Operation Coldstore and Operation Spectrum, as examples of this, the historian said that such detentions were made for political reasons rather than security concerns, according to recently declassified documents.

The Law Minister spoke at length about Operation Coldstore and the activities of the Communist Party of Malaya (CPM), explaining that he is examining the evidence for these because they were cited in Dr Thum’s submission even though the Committee was not convened to examine these events.

In the extensive questioning that followed, the Minister pointed to a number of points Dr Thum had made in a paper he wrote while he was at the Asia Research Institute (ARI), particularly two telegrams from the UK Commissioner to Singapore Lord Selkirk in December 1962 that the historian had cited in his paper, detailing the action that could be taken against the communist threat.

Shanmugam took issue with Dr Thum’s opinion that the notes he had cited show that there was no communist conspiracy in Singapore. Dr Thum responded that while there were individuals who were communists in Singapore, there was no conspiracy: “There is no evidence in the Special Branch documents … that the detainees of Operation Coldstore were involved in any communist conspiracy to subvert and overthrow the government”.

This drew sharp criticism from the Law Minister who argued:

“The ultimate Marxist-Leninist aims of having a united front organisation that would infiltrate a variety of trade unions, middle schools (and) political parties on the road to struggle was completely in place. Operational difficulties meant that on specific occasions there were no instructions given for specific actions … the cadres took on themselves to go and do a lot.

“That doesn’t prove there was no conspiracy. In fact, that proves there was a conspiracy but it was not tightly organised.”

The two also crossed swords on the reliability of various historical sources and documents besides disagreeing on the definition of a “communist united front”, bringing up historical records in their exchange.

Taking Dr Thum to task on some of the points he made in his ARI paper, the Minister added:

“You agreed that looking at it, you should have reworded it (parts of the paper) … really ought to have been more accurate.

“These are the essential documents which the Operation Coldstore was decided upon. The telegrams, the underlying notes and, of course, this entire huge debate on (the Communist) open front.”

The Minister then went so far as to suggest that the historian had “breached a number of rules” to do with academic historical processes, and asserted that Dr Thum had “fallen completely through the standard of an objective historian”:

“Your views on communism, Operation Coldstore – which you have been repeating at multiple fora – are contradicted by the most reliable evidence. It ignores evidence which you don’t like, you ignore and suppress what is inconvenient and in your writings, you present quite an untrue picture.”

Dr Thum strongly disagreed with the Minister’s suggestions and maintained that he is a historian who interprets historical evidence with nuances: “I’m an academic, Mr Shanmugam, nuance is very important to the truth.”Follow us on Social Media