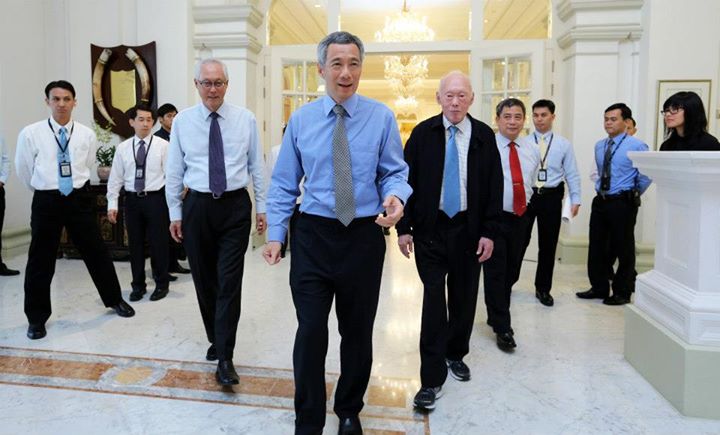 Deputy Prime Minister Teo Chee Hean addressed the hot topic of leadership renewal at the Institute of Policy Studies’ Singapore Perspectives 2018 Conference yesterday and said that leadership in Singapore must not become aged since a certain vitality and energy is needed to govern the nation and handle matters overseas:

“You don’t want a whole nation to be held hostage to the health of a cohort of people who are already senior and getting more and more senior with each passing year … We need leadership renewal.”

Interestingly, DPM Teo noted that it is also important to retain older ministers in the Cabinet and pointed to the government’s practice of appointing former Prime Ministers as senior ministers as one that will be beneficial:

“I would say that because of continuity we had in the political system in Singapore – we are quite unique in that we’ve had former prime ministers sit in Cabinet as senior ministers or mentor ministers – and that has been a great help to younger ones of us at that time in Cabinet.”

He specifically added that he hopes to see such an arrangement in future government transitions, as well:

“I hope that if we do have transition in the future, a new Cabinet, a new Prime Minister, we see the usefulness and benefit of such an arrangement as well.”

The DPM’s comments are notable since it may mean that current Prime Minister Lee Hsien Loong may retain a Cabinet position even after he hands the reins of the government over to his successor.

Singapore has had 4 senior ministers in the past: S. Rajaratnam, Lee Kuan Yew, Goh Chok Tong, and S. Jayakumar.

Lee Kuan Yew who served as Singapore’s first prime minister handed over the reins of government to Goh Chok Tong in 1990 and remained in the Cabinet as senior minister from 1990-2004. In 2004, he assumed the role of minister mentor – a position he retained until he retired from Cabinet in 2011.

In 2011, Goh retired from Cabinet with Lee Kuan Yew but still retains the title of emeritus senior minister.