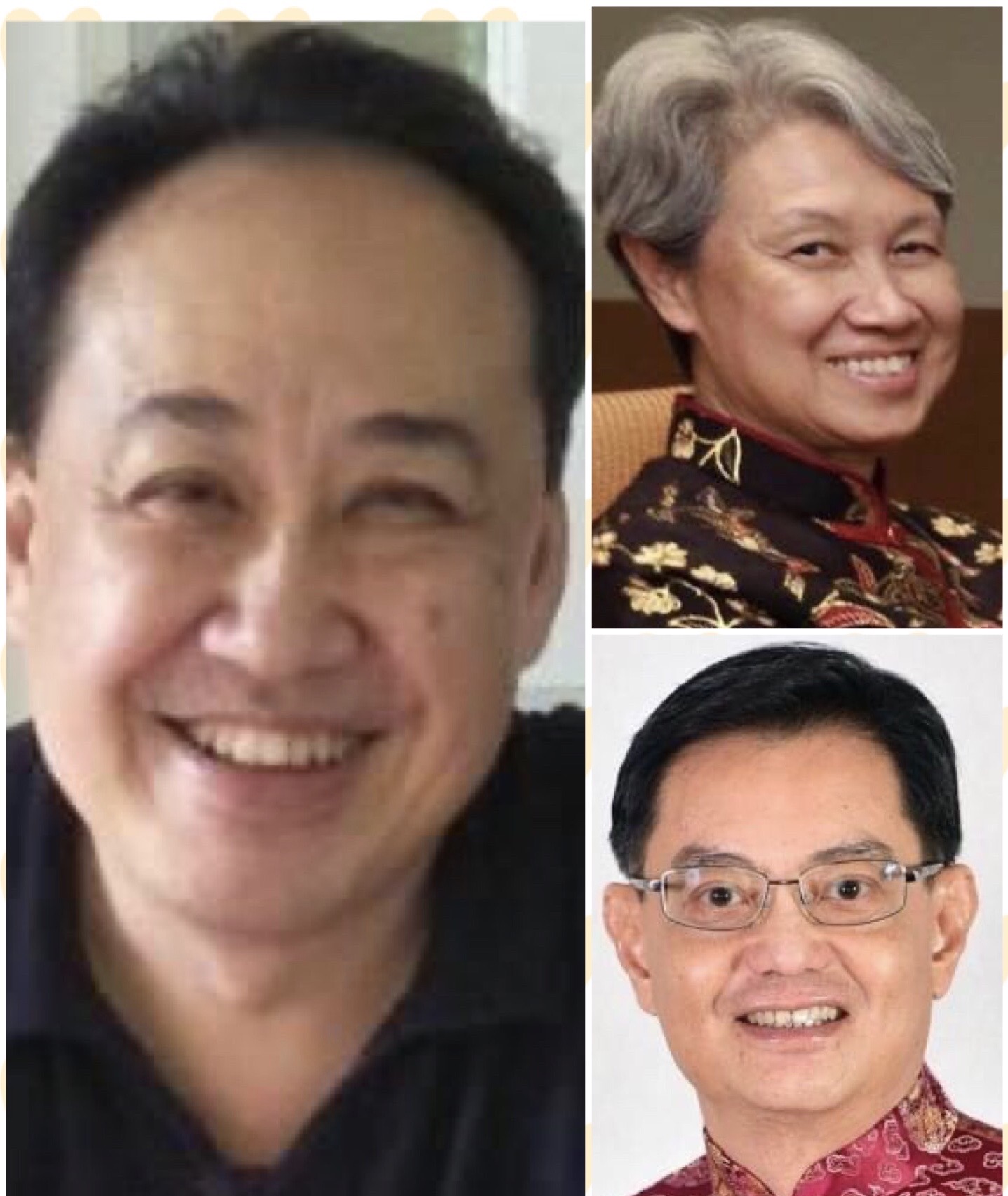 Singapore—Lawyer and opposition leader Lim Tean questioned the Correction Direction he received on Sunday (Apr 19) from the POFMA office concerning an article from The Online Citizen (TOC) about the salary of Temasek Holdings CEO Ho Ching that Mr Lim had shared on April 15.

The order had been issued by the Minister of Finance, Heng Swee Keat, to HardwareZone user “darksiedluv”, The Temasek Review’s Facebook page, The Online Citizen’s Facebook page and website, as well as to Mr Lim.

Singapore’s Protection from Online Falsehoods and Manipulation Act (POFMA) was passed last year to combat the spread of online falsehoods.

The article on TOC’s site that Mr Lim had shared claimed that Madam Ho was receiving a salary of  “NT$ 2.1 billion”, “about 100 million SGD” or “S$99 million a year,” which the Government decried as false. In a clarification on the matter published on the Factually website, it was stated the Government does not set the remuneration of staff in Temasek. Rather it is the Board and management who do so. Furthermore, the clarification on the Factually site says, “Temasek has also publicly stated that Ms Ho Ching’s annual compensation is neither the highest within Temasek, nor is she amongst the top five highest-paid executives in Temasek.”

In response to this, Mr Lim questioned the basis of the correction order in a Facebook post on Sunday night. He quoted National Development Minister Lawrence Wong as saying in Parliament that the Government does not interfere with Temasek’s management.

Therefore, he wrote, “And on what public interest basis is “New Taxes” Heng now POFMAING me over Ho Ching’s salary since Temasek is supposed to be a ‘private-exempt’ company? So the government has the right to issue POFMAs over the business of a ‘private’ company? Is Ho Ching considered a civil servant or part of government, that the government deems it necessary to issue a POFMA?”

And then he also questioned whether or not netizens who had also shared the post also received a correction direction from POFMA, or whether it was only TOC and himself who had received notice from the POFMA office. Mr Lim’s post has been shared over 400 times.

The opposition lawyer also questioned whether the Taiwanese media outlet which was the source of the article from TOC had been given a correction as well. “And if not, why not?,” he wrote.

On its part, TOC wrote in a Facebook post on Sunday evening that it had filed an application for the correction order to be cancelled earlier that night.

TOC added, “In the event that the Minister rejects the application, we will file an application to the High Court to contest the correction direction.

The correction notice made references to social media posts made on Facebook and HardwareZone Forum but did not identify the Taiwan news outlet that made the initial claim as the source of the alleged false claim.”

The Minister of Finance, Heng Swee Keat has just issued a correction direction at 5.59pm on a TOC article that reported…