Indonesian secularists and atheists live under the shadow of stigma 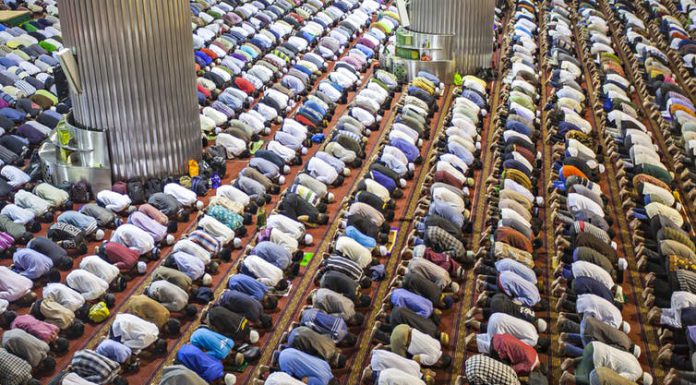 Citra, 25, an Indonesian medical school student, assumes two cyber identities. In the morning she posts a picture of herself wearing an Islamic headscarf; in the afternoon she posts, in her other social media account, a philosophical essay, discussing an argument that God doesn’t exist.

Due to her different accounts, she gets different reactions to her posts. One peer group is discussing about the existence of God and the arguments that God does not exists. But among her Muslim friends, she got many “likes” for picture in hijab. Citra is an Indonesian atheist who assumes two identities to find a place in a society that cannot accept people who doubt religions, let alone atheists.

Being an atheist in a Muslim country is not easy. In early August, a photo depicting an atheist meeting in Malaysia went viral. The image not only elicited statements from politicians and officials, but also prompted many social media comments. Some Malaysians said atheists were not accepted in their society and that apostates deserved to be killed.

Indonesia enjoys the reputation of being more open-minded when it comes to religion, but atheists and secular people are still stigmatised.

Earlier this year, I made an anthropological study on dozens of secular people in Indonesia. Many of them are people of faith, but some secularists do not believe in God at all. Both groups are Indonesian citizens whose daily lives are shadowed by highly negative views of secularism and atheism.

Stigma not based on reality

In reality, most atheists living in Indonesia defy the stereotype. For example, most don’t reject the first principle of the Indonesian national ideology, Pancasila – Belief in One God – because they understand that religions are important for many citizens.

Indonesia is neither a secular country nor an Islamic country. However, since the democratisation, or Reformasi, in 1998, religion has become increasingly important. This conservative turn has affected the daily life of secular people, including atheists.

The Indonesian Ulama Council (MUI) issued a fatwa in 2005 saying that pluralism, liberalism and secularism are against Islamic teachings.

Another example is the Constitutional Court’s 2010 ruling on a judicial review of religious blasphemy law. The Constitutional Court rejected the judicial review request filed by several NGOs, saying that the principle of Belief in One God in the national ideology means there cannot be a separation of religion and the state. For the justices, Belief in One God is not a transcendental idea. Rather, they see religion as an institution.

Both the MUI’s fatwa and the justices’ arguments demonstrate a perception that secularism is an ideology hostile towards religion. That perception is wrong, however. In most cases, secular countries do not prohibit religions.

Secularism means the country assumes a neutral position concerning religion, but it can still acknowledge that religions are important for some of its citizens. Also, religions can encourage politics to adhere to religious values. What is valid for countries is also valid for individuals: in contrast to what many people in Indonesia think, not believing in God does not necessarily mean opposing religious people.

According to my research, secular people in Indonesia are a highly diverse group. As in other countries, many secular people I met still hold onto their faith, but they call themselves secular because for them the separation of religion and state is desirable as it allows the state to become a neutral space that provides the same laws and duties for all citizens. Besides the faithful, there are the agnostics, people who are not sure whether God exists or not.

The other group is the atheists, who are numerous particularly in urban areas. However, in Indonesia they are largely invisible because large parts of society and the state do not accept atheism in public. Rather, both mainstream society and state institutions believe religion to be the basis of harmony.

People who announce that they don’t believe in God are perceived as disruptive to social harmony, and it seems most Indonesians cannot discuss atheism calmly without becoming emotional. Many Indonesians even see other people’s lack of faith as a threat to their own faith.

That’s why most secular people, especially the atheists, are silent in public when it comes to their identity. Even the faithful ones are often not open about their secular ideology because they realise that many people perceive “secular” to be a dirty word.

Those who are atheists often pretend to be religious. Among my atheist friends in Indonesia, there are some who perform prayer and wear headscarves when they are at home. Their religion is as performance and it no longer holds any meaning for them but to please relatives and pious friends.

Many of the people I studied who are open about their disbelief have problems with their families. Atheism is sometimes even a reason for divorces and for kicking children out off home.

However, it is not uncommon that after a period of conflict, reconciliation between the atheists and their families happens, but in those cases they usually decide not to talk about religion.

To avoid conflicts, many atheists are not open to their parents. Not only are they afraid of the social sanctions, but also they do not want to make their parents disappointed or sad. These young atheists then look for peer groups outside their families, and in this digital era it is easy to find people sharing the same ideology.

Many atheists I studied are open only to their close friends. But in social media and in closed groups, they communicate a lot with fellow atheists. Atheist groups and forums in social media are a safe space for them to talk openly about religion and atheism.

The interesting thing is atheists who assume two identities. One is for the family and religious friends, and the other is their “real” identity for open-minded friends. Some even have two Facebook accounts so they can exist in the cyber world with different identities.

Atheism in Indonesia: left-wing and right-wing

Although the online world becomes the safe space for these atheists, they don’t always agree with each other and argue a lot within their groups. In my talks with Indonesian atheists, I found they distinguish themselves as either “left-wing atheists” or “right-wing atheists”.

Right-wing atheists are influenced by right-wing liberalism, including economic liberalism; they reject religions because they think these are not in line with scientific arguments and that religions encourage intolerance. Some of them are even influenced by right-wing discourses from Europe or the US, portraying Islam a threat for peace. Right-wing atheists see religions, especially Islam, as ancient and dangerous.

In contrast, left-wing atheists are more concerned with social issues and gain inspiration from leftist thinking, including Marxism, but they are not anti-religion at all. Influenced by global discourses, the left-wing atheists’ enemy is not religion but rather capitalism.

The left-wing atheists see potential for emancipation in religion: They acknowledge religion because it could be a tool for fighting for the oppressed. Many left-wing atheists are open to cooperation with religious organisations they consider progressive.

For more than two years, I have met dozens of atheists in Indonesia both online and in person. I also have interviewed about a dozen of them, joined their discussions and found many friends among them.

So far, I’ve found the reality of atheists in Indonesia contradicts the general perception in Indonesian society that still frames atheism in the context of the Cold War and Indonesia’s New Order propaganda about communism.

This article was originally published in Indonesian