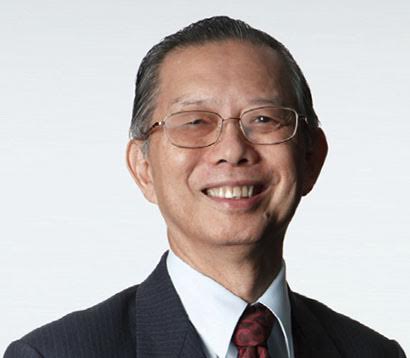 It was recently reported that Chinese smartphone company Xiaomi, once dubbed the “Apple of the East”, has lost US$40 billion in value over a period of 18 months.

In Dec 2014, Xiaomi announced a funding round of US$1.1 billion giving it a valuation of US$45 billion. In the US$45 billion round, it wasreported that investors included the Singapore sovereign wealth fund GIC, which is tasked to manage Singapore’s reserves.

GIC’s investment in Xiaomi comes after Temasek purchased a small stake in the smartphone maker in an earlier funding exercise.

It was also reported that Temasek had gone on an investment spree together with Xiaomi and its founder Lei Jun, to invest in dozens of firms across China’s mobile internet eco-system. The targets included smart device makers, network infrastructure firms, smartphone platform developers and providers of various mobile internet services.

In Xiaomi’s recent funding round, however, new analysis of its business suggests it is now worth less than US$4 billion. So, in 1.5 years, it has lost US$40 billion in value.

That means to say, on paper, $1 invested in Xiaomi by GIC 1.5 years ago is now worth less than $0.10 cents. GIC Chairman is currentlyMr Lim Siong Guan, a former civil service head, as well as former Permanent Secretary in the Ministries of Defence, Education, Finance, and the Prime Minister’s Office.

In the past 18 months, Xiaomi has seen its share of the smartphone market decline dramatically while its ecosystem of connected devices — which now includes rice cookers, VR headsets and even umbrellas — has failed to generate any significant revenue for the company, according to the news report.

Meanwhile, Xiaomi’s competitors in the mid-to-low end of the market — Huawei, Oppo and Vivo — all saw significant growth.

In the 12 months following its record-breaking valuation, Xiaomi had missed smartphone sales targets — twice — as well as revenue targets. According to analysts, its revenues could drop a further 10-20% this year to give Xiaomi a valuation of just US$3.6 billion.

Today, multiple manufacturers are able to produce their own smartphones which offered premium specs at low prices with innovative features. “Xiaomi’s inability to innovate independently is one of the key reasons,” said an analyst.

Create 10 to 20 jobs for Singapore

Meanwhile, it was reported that Xiaomi has set up its international headquarters in Singapore.

“The firm will be moving out of its current office at Asia Square to a new space in the Clarke Quay area and plans to hire 10 to 20 staff over the next six months,” ST reported.

It’s not known how many of these jobs will go to Singaporeans.

Xiaomi said it chose Singapore as its international office because the country is an “incredibly sophisticated market”.

It believes that feedback from Singapore on its phones and services “would be phenomenal”.

In any case, it seems hugely out of proportion to invest in hundreds of millions or more in a foreign company to help Singapore create just 10 to 20 jobs. And to make matters worse, we may be getting back less than $0.10 for every dollar invested in the company.Follow us on Social Media