The Independent Singapore News
Home News Does it really matter if a Singaporean Malay is better than a...

Does it really matter if a Singaporean Malay is better than a Malaysian Malay or an Indonesian Pribumi? 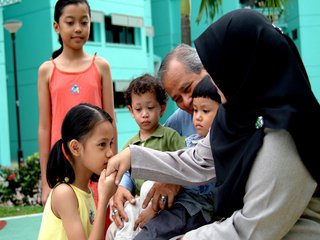 An assertion that a Singaporean Malay is better in education standing, skills and wealth is:

1. Impossible to Prove
While we can look at at international metrics for education, that alone does not determine the quality of life or success of any community.It is a bold statement to state that a Malay PMET in Singapore does better than his Malaysian or Indonesian counterpart. I don’t think it is correct, based on my anecdotal interactions with friends in Malaysia and Indonesia. Many Malaysian Malays and Indonesians run and big businesses, are involved in high levels of public administration.

How many in Singapore are?

I think the Community here in Singapore has made great strides, but how many Malays do we have running listed corporations, amongst the permanent secretaries or running big statutory boards? if we struggle to even find eligible candidates to meet the $500 m benchmark for the elected Presidency, can we assert that we are better off than our Malaysian or Indonesian counterparts.

In truth, it would be very difficult to conduct a meaningful comparison. Apples for apples.

The more meaningful metric is to see how the Malay Singaporean fares vis-a-vis other Singaporeans.

And that is where the hard reality is that the gaps exist and remain stubborn – whether in education (a very small proportion of each cohort make it to university), household income (relative to other communities), representation in PMET community.

Why did we not discuss these metrics, and why these gaps persist?

We are also over-represented in crime and drugs.

Have we done a robust assessment whether current strategies work?

The only effect of making comparisons between Singapore and Malaysian Malays/Indonesians is to cause distress with our neighbours.

It does nothing to improve relations with our neighbours.

And *even if* we are better than the others (which is questionable), it makes little difference to Singaporean Malays.

Making a general call upon the Malay-Muslim Community and Malay-Muslim-Organisations to address these gaps is not effective.

We need a strategy and real programs.

Who is spearheading that?

Nobody has yet to articulate a holistic and actionable strategy.

Well the AMP (Association of Muslim Professionals) Convention in 2012 sought to do that – but apparently the current AMP does not think it is important.