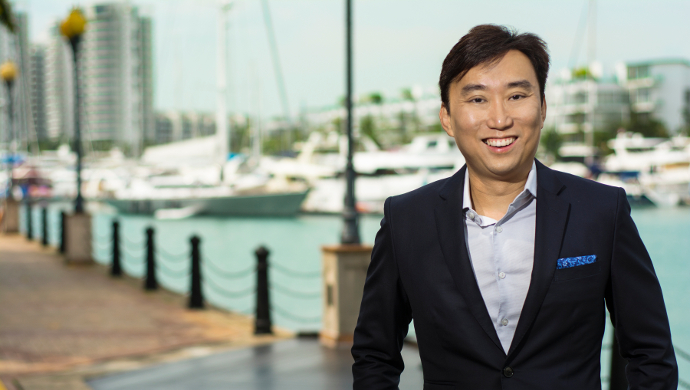 Singaporean entrepreneur Calvin Cheng is a co-chairman of Retech

The new injection of capital will allow Retech to expand its reach in China and acquire new intellectual property.

Retech provides online training courses to corporations. Its clients in China include major companies, such as Ping An Insurance, Mercedes Benz China, Beijing Automotive and Bank of China.

“Vickers is excited about digital and online education and this has proven to be a high growth sector. Retech has a differentiated value proposition and is well positioned in this space,” said Vickers Venture Partners’ Vice-Chairman for Asia, Dr. Jeffrey Chi.

The company is co-chaired by Calvin Cheng, who merged his corporate training startup with Retech in 2015.

Cheng, who is Singaporean, told e27  that he initially moved to China in 2011 to start a grooming school for actresses, models and celebrities called Jue Rui Bao Si. 爵瑞堡斯 . His company was then funded by Vickers Venture Partners in a Series A round in 2012.

However, he soon hit roadblocks. Cheng said he could not scale the company due to its niche market.

Also Read: The rise of Toutiao (and the decline of Baidu) reflects China’s changing marketing trends

“I thus pivoted the China business into a soft-skills corporate training company. We took on large corporates like Communications Bank of China, Agricultural Bank of China, China Unicom etc and trained their front-line staff in soft skills,” he said.

Cheng said he chose to focus on China instead of Singapore due to its huge market size. He was also more familiar with China than Indonesia — which has a large market opportunity too.

Last year, Retech’s online training platforms served over 180 businesses. Additionally, it has trained over 10 million employees over the last 5 years.

On why Retech chose the ASX, Cheng said:

“We wanted to list on a main board. We were too small for HK and NYSE. As a Sino-foreign joint venture, we are unable to list in China. SGX does not have a tech ecosystem, but ASX does. Also, Australia’s second largest export is training and education. We want to collaborate with Australian content owners.”