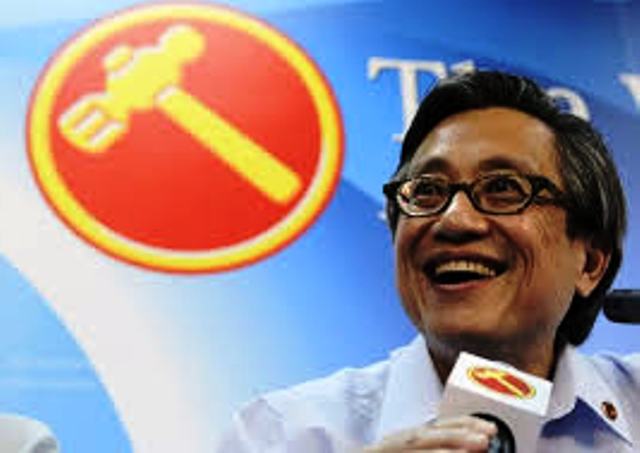 Opposition MP Chen Show Mao today faulted the 38 Oxley Road Ministerial Committee for looking beyond Mr Lee Kuan Yew’s will to his intentions, thereby undermining the work of the probate court. In his speech he explained why he is not a son of Lee Kuan Yew, directly countering DPM Teo’s suggestion that all Singaporeans are.

The following is what he said in Facebook on the topic.

认祖归宗。 SONS AND DAUGHTERS. In Parliament today, DPM Teo Chee Hean gave a ministerial statement on the Ministerial Committee that was set up to look into 38 Oxley Road. He extolled the legacy of LKY and how we in Singapore are all LKY’s sons and daughters.

That started me off and I rambled on to the following effect.

“The Committee was set up to look into the public interest responsibilities of the government relating to 38 Oxley Rd. However, from what little we know of the Committee’s workings, it seems to be focused on the private interest questions of what Mr Lee Kuan Yew’s wishes were for the house. Shouldn’t his wishes be those set out in his will, which has been proven in court and granted probate? Why is the Committee looking beyond the will for Mr Lee Kuan Yew’s intentions, doesn’t it undermine the work of the probate court?”
I thought these are well settled principles of the law…

PM Lee Hsien Loong himself reminded us that matters relating to his father’s will are ultimately private matters for the family. He was asked in today’s sitting whether he intends to follow up on his “grave concerns” on his late father’s will, which he expressed in his submissions to the Committee, by taking his siblings to court. I heard him answer that it was not really the “business of this house (Parliament).”Follow us on Social Media