Nude rider filmed by another motorcyclist 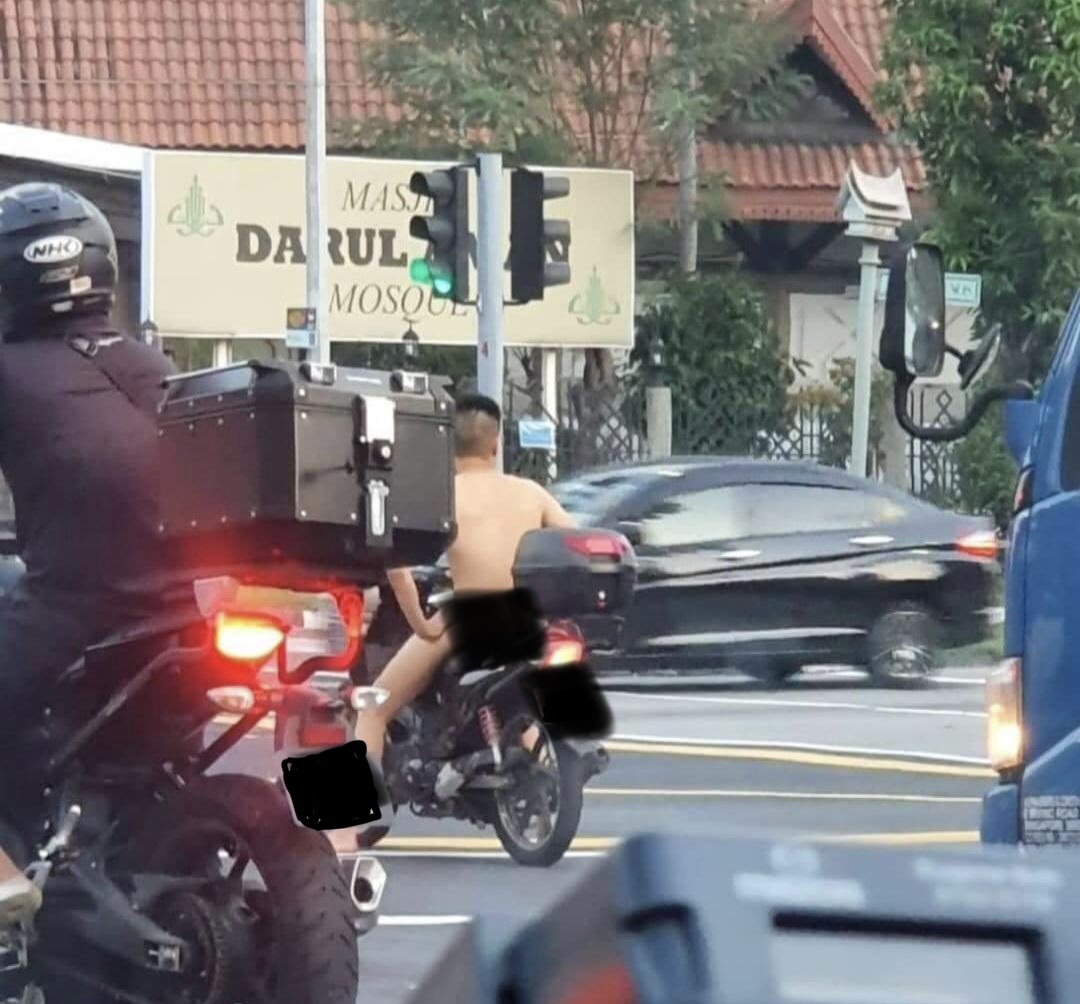 Singapore — A motorcyclist wearing neither clothes nor a helmet was caught on camera riding on the Pan-Island Expressway (PIE) and in Eunos.

In photos and a video circulating on WhatsApp messenger and on social media on Thursday (Jun 10), the biker in the buff was seen waiting at a traffic light near Masjid Darul Aman in Eunos.

The buck naked biker was also captured on video by another motorcyclist on the PIE. Even though he seemed to be travelling rather fast on the highway, the man had no gear on, not even a helmet.

In the 1-minute-35-second-long clip, the speedometer of the motorcyclist filming the nude rider could be seen in the video. The biker in the buff was ahead of him, but his own speed seemed to be about 100 kmh. That was also the speed at which both riders exited the highway at Bedok North Road.

The motorcyclist who was following the nude rider could also be seen gesturing to other road users, presumably indicating that there was a naked man on the road.

The video clip ended as the nude rider made a U-turn at Bedok North Road and Bedok North Avenue 1, while the motorcyclist filming him made a right turn at the junction.

Failure to wear a helmet while riding a motorcycle carries a penalty of three demerit points and a fine of S$150. Anyone who appears naked in public can be apprehended. /TISGFollow us on Social Media