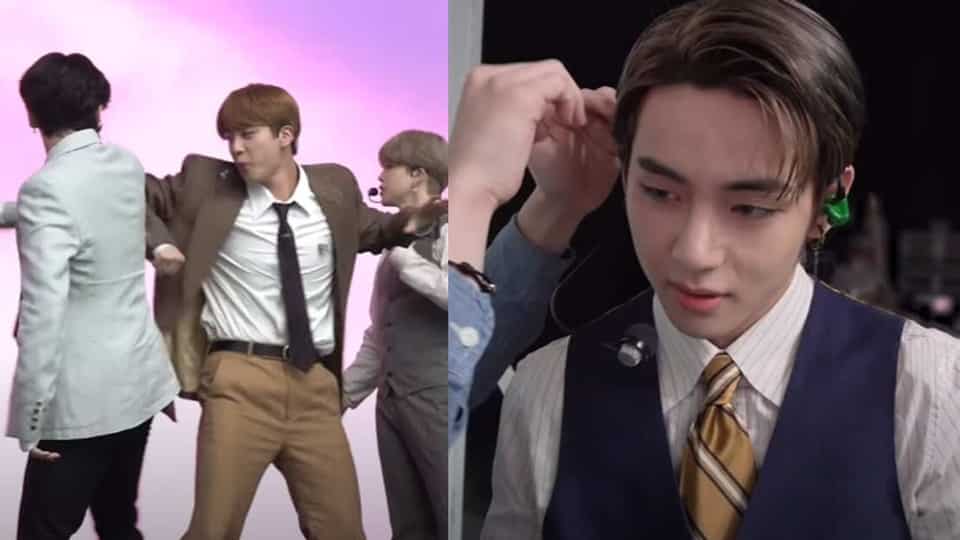 India — A new BTS video dropped on YouTube on Saturday. It showed all that went into the making of BTS‘ first Dynamite performance. The group has performed their hit track a number of times now. But their first performance was for the MTV Video Music Awards 2020. Fans would remember that their performance showcased a few of the world’s iconic locations, including Times Square in New York, and the streets of Seoul in South Korea.

In the video, the members are seen dancing in front of a green screen. They first begin by practising their performance for the camera, positioning themselves at the right places and checking their vocals before they dive into their performance. Between their shots, singer Jin and rapper Suga discuss the weather before Jin goofs around with fellow BTS singer Jungkook.

The two indulged in a fake fight on the stage while the members watch. V, on the other hand, feels that his face is puffy. The singer is constantly trying to tone down the puff but J-Hope assures him that V’s face does not feel puffy. The singer then reveals he had jjajangmyeon (a Korean dish with noodles in black bean sauce) at 3 am and wonders if the late-night meal caused the puffiness.

Noting that it is the group’s first live performance of the song, Jimin confesses he wished the fans were present at the venue to watch it in person. BTS leader RM expresses his wish of performing at the VMAs in-person next time. Jungkook says while he was getting used to the green chroma key background, he has realised the importance of stepping out and shooting.

BTS had been in the news this week for numerous reasons. One of which was their Grammys snub. The K-pop group was nominated for a solo category, Best Pop Duo/Group Performance, but lost the award to Lady Gaga and Ariana Grande. The snub left fans disappointed but the members tried their best to stay in their best spirits.Follow us on Social Media