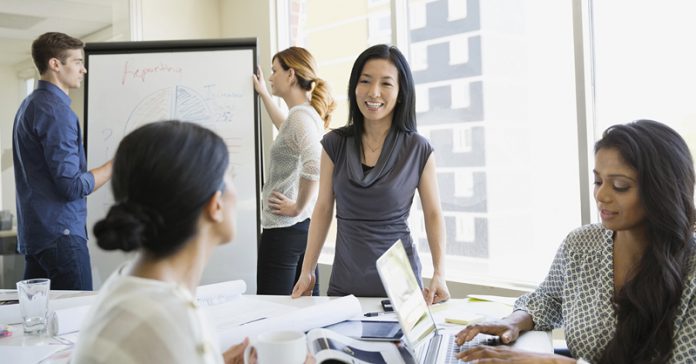 The International Women’s Day on Wednesday, March 8th, was a time for reflection on the role of women in society.

Which led to recruiting experts Hays saying it has found that the number of women in managerial positions has increased in Asia.

And Malaysia, along with China, are the countries with the highest percentage of women in managerial positions in the region, both at 35 per cent.

Whilst mainland China has increased this figure by 3 per cent, however, Malaysia has decreased by 2 per cent from last year.

The 2017 Hays Asia Salary Guide reveals that 31 per cent of management roles in Asia are held by women compared to 29 per cent reported in last year’s Guide.

Hong Kong sits in third place with 33 per cent of management positions filled by women.

Hong Kong incidentally, reported the largest increase in the region with a rise of 5 per cent from last year.

Singapore follows with 31 per cent with Japan remaining the poorest performer with only 22 per cent of women in managerial positions.

This figure has however, increased by 3 per cent from last year.

The annual survey aims to uncover attitudes and perceptions of gender equality in the workplace.

“As progress continues to be made on gender diversity, the topic is still a critical issue in Asia. The rich insights our research uncovers, enables us to share the findings and advise employers on what measures can be taken to address the gender balance in their recruitment, retention and progression strategies”, says Christine Wright, Managing Director of Hays in Asia.

For Christine who was named in the ‘Global Power 100 – Women in Staffing list’ for the second year running in 2016, gender diversity is a topic she lives and breathes.

“As the leading recruiting experts, Hays has a duty to be at the forefront of trends and issues regarding the world of work.

In Asia, I’m immensely proud that 51 per cent of the Hays workforce across the region is female, 44 per cent of females make up our senior leadership teams and 57 per cent of people managers are female.”