Home News Amazon vs. Taobao, which one are you buying into?

Amazon vs. Taobao, which one are you buying into? 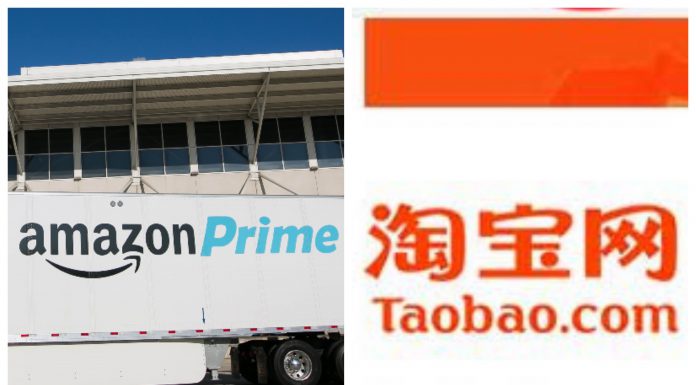 Amazon is back to the red dot, with a new promotional feature called “Prime membership”. Basically, it requires you to pay some $8.99 each month to enjoy their exclusive deals while forgoing free shipping fee, which was entitled to shoppers previously. The exclusive deals, however, encompass attractive free two-hour delivery from its local warehouse with a minimum order of $40, as well as streaming service Amazon Prime Video and gaming subscription service Twitch Prime.

At a survey of 20 young Singapore-based shoppers aged 21-30, 79 per cent had expressed that they prefer Taobao over Amazon when it coms to online shopping, apparently due to the significant pricing difference. Yet, Amazon does not lose its credibility, especially for the degree of loyalty it has won at earlier years. Therefore, we’ve compiled a list of goodies for you to assess which one is your ultimate e-commerce paradise.

A brief browse at Amazon shows that consumer preferences are centred on gadgets, gears, games, videos and appliances, at somewhat commendable quality yet cheaper prices than what malls offer.

Does Taobao offer the same level of satisfaction that Amazon does? Here are some similar items found on Taobao.

On the other hand, Taobao offers a range of unique products that have made the brand well-received.

Taobao products are now being sold directly to bargain-hunting shoppers in Singapore since earlier this year. Alibaba Group Holding and Lazada Group have teamed up, after the former made a US$1 billion (S$1.4 billion) deal for control of the latter in 2016. Some 400,000 products have currently been made available.

Perhaps, Taobao will beat Amazon when it starts quality controls, as it feels like a massive flea market sometimes. Consumers place their bets using each $5 spent on Taobao to cautiously filter out the junks before they gradually become Taobao-savvy. Despite having numerous reviews under each product, it is said that some reviews are fake.

After much comparison, which platform is your cup of tea?