The Independent News
Home News Featured News AIM saga thrust back in the limelight after WP chief's comments on...

In the wake of WP Pritam Singh's recent post on how a simple ramp took 7 years to build thanks to an uneven political playing field, netizens have started recirculating old news articles and Facebook posts on the AIM and the recent court judgement 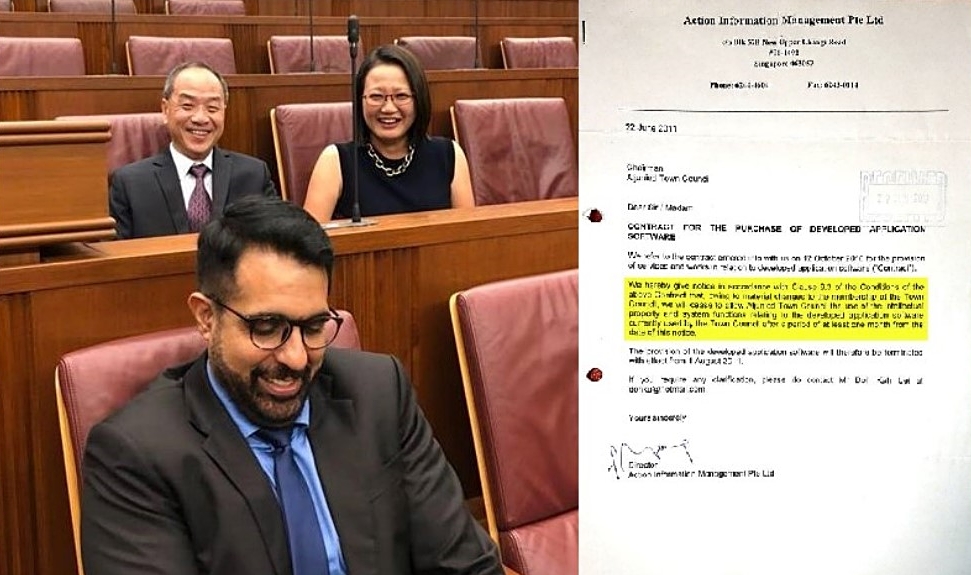 Netizens are recirculating old news articles and Facebook posts on the AIM saga in the wake of the High Court judgment in the Aljunied-Hougang Town Council (AHTC) case as well as Workers’ Party (WP) secretary-general Pritam Singh’s recent comments on “political double standards.”

In a Facebook post published on Tuesday (15 Oct), Mr Singh revealed how unfair the playing field is for opposition town councils when he shared that a simple access ramp that could have been built in months took about seven years to build.

Mr Singh decried the People’s Action Party’s (PAP) practice of appointing defeated PAP candidates as grassroots advisers in opposition-held wards as one reason why community improvement projects are delayed and called this practice a “political double standard” since defeated opposition candidates do not get the same benefits.

Noting that the WP has to go through these defeated PAP candidates to raise projects and gain approval on spending the S$40 million that is made available to all town councils for community upgrading projects, Mr Singh asserted that these grassroots advisers are able to delay projects in opposition wards for years or ignore proposals altogether.

Netizens have recalled the AIM saga following Mr Singh’s post and the AHTC judgment released last week. Earlier, WP politicians revealed that they were stripped of the town council management computer system (TCMS) and software that is available to ruling party town councils when they took over Aljunied Town Council after the 2011 election.

WP politicians have held that this put them in dire circumstances and the parliamentarians eventually ran into serious town council management issues that resulted in a lawsuit.

TCMS software was built for People’s Action Party (PAP) town councils by National Computer Systems (NCS), obviously paid for by residents’ conservancy fees. In 2011, the firm which owned TCMS, Action Information Management Pte Ltd (AIM), terminated its contract with AHTC after the WP won the ward and refused to let WP continue to use its software.

In 2018, WP parliamentarian Png Eng Huat shared the notice AIM sent to AHTC informing them of the termination of contract in 2011:

The circumstances of how AIM, a PAP-owned company, came to own TCMS also came under scrutiny at this time.

In June 2010, the PAP called for an “open tender” to sell TCMS. This was when AIM, a shell company with a paid-up capital of S$2 and owned by PAP, submitted the sole bid and won the rights to buy over the software.

TCMS, which was developed at a combined cost of S$23.8 million was sold to AIM for a mere S$140,000. The software was finally transferred to AIM in Jan 2011, four months before 2011 General Election. After the transfer, AIM leased the software back to PAP town councils for a fee of S$785 a month and retained NCS to maintain and further develop the system.

AIM did not only have S$2 in paid-up capital, but it also only employed two part-time staff. Its three directors were all former PAP MPs: Mr S. Chandra Das, Mr Chew Heng Ching and Mr Lau Ping Sum.

AIM has since been struck off the Accounting and Corporate Regulatory Authority (ACRA). ACRA’s record shows that AIM’s last Annual General Meeting was held on 30 April 2015. -/TISG

PAP-owned company AIM, at the heart of WP’s legal trouble, has been “struck off” ACRA