13 passengers on Scoot flight from S’pore to Tianjin, China, test positive for COVID-19

Most of them were men, aged between 30 and 50, with 11 of them working in the construction industry 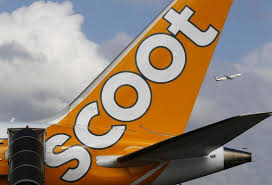 On Wednesday evening (19 Aug), it was reported by Mothership that 13 passengers on a flight from Singapore to Tianjin, China had been confirmed to have contracted the deadly COVID-19 virus.

According to an article circulating on popular Chinese social media Weixin, it was reported that a Scoot flight (TR138) from Singapore imported 13 COVID-19 cases into Tianjin, China.

They were mostly males, aged between 30 and 50, with 11 of them working in the construction industry. Additionally, 11 were reported to be asymptomatic while a 43-year-old was reported to have blocked nose and a loss of his sense of smell.

Upon arrival at Tianjin Binhai International Airport, they were all declared to have had body temperatures in the normal range of 36.3 to 36.5 degrees. However, when further testing was performed, it was eventually discovered that all 13 were found to be COVID-19 positive.

Upon confirmation of the imported cases, the cabin crew and pilots involved were advised to monitor their health and not to go to work for the next 14 days.

This news comes after MOM’s recent announcement that all quarantine blocks for migrant workers had been cleared of COVID-19. However, just one week before the dormitories were cleared, new COVID-19 cases were detected at previously-cleared dormitories.

Additionally, following the exponential increase in COVID-19 cases in the foreign worker dormitories, MOM implemented the Rostered Routine Testing (RRT) that foreign workers were required to undergo fortnightly, as part of MOM’s precautionary measures to prevent a second wave of infections.Follow us on Social Media