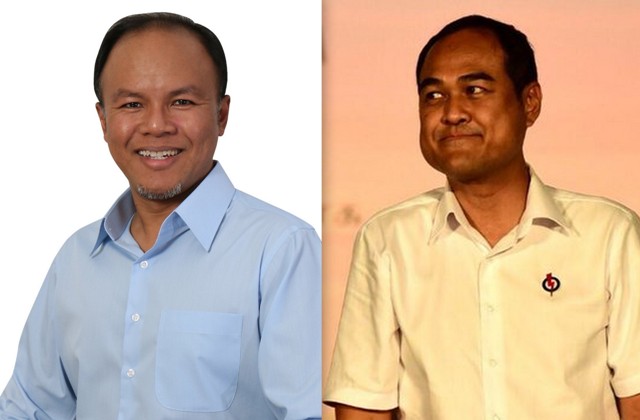 The Independent Singapore (TISG) reported today that the National Environment Agency (NEA) assisted a PAP MP to reach out in a Zika affected area but did not assist a WP MP (https://theindependent.sg.sg/nea-assists-pap-mp-to-reach-out-in-affected-area-but-not-wp).

It is a little understandable if NEA would assist a PAP MP but not an opposition MP, but how would you react if you knew that the government agency would assist an unelected candidate in the last general election, but would not work with a duly elected representative from the division?

NEA announced two-days ago that Bedok North Ave 3 is a zika cluster. That zika cluster is in Kaki Bukit Division of the Aljunied GRC. The Workers’ Party (WP) won in that constituency in the 2015 General Election. The WP MP for the division is Faisal Manap.

Shamsul Kamar is a member of the losing team from the PAP in the Aljunied constituency. He is appointed by PAP as the Grassroots Adviser for the division of Kaki Bukit (https://www.pap.org.sg/Your-Representatives/Shamsul%20Kamar).

Just like Faisal and his volunteers, Shamsul and his team too did zika awareness outreach in the zika cluster yesterday (1 Sep) – the only difference was, Shamsul was assisted by NEA.

Shamsul wrote in his Facebook, “House and market visits this morning to outreach to residents regarding our efforts in managing the Zika transmission in Kaki Bukit together with NEA officers.”

So, a government agency would not support an elected MP even to supply him with enough brochures to do awareness outreach in an endemic?

TISG reported that the WP team didn’t have enough NEA brochures, so they had to make their own version to give out (look at the photocopied brochures in Faisal’s hands).

This is not something new and has been the practice for several decades. This is how the PAP has retained control in a constituency it lost – by appointing the losing candidate as the Grassroots Adviser there and politicising the People’s Association in the process.

The PAP justifies this practice by saying that they cannot trust elected opposition MPs to carry out government programmes. And the ‘5-Step Mozzie Wipeout’ campaign is a government programme. So, netizens who say that NEA assisted PAP MPs because they asked, and WP MPs did not are dead wrong. NEA would not have assisted WP MPs even if they had asked.

In fact Hougang MP, Png Eng Huat, highlighted this in his speech during the 2013 Punggol By-Election.

“But the question on many people’s mind is why opposition MPs cannot be appointed Grassroots Advisers? The answer came in a letter to The Straits Times Forum in 2011, right after we won Aljunied GRC.

The People’s Association spokesperson said: “Besides connecting people to people, grassroots advisers are required to help the government connect with people and help promote government policies and programmes such as anti-dengue and active ageing.

Hence, the government has to appoint grassroots advisers who support its programmes and can play this role well. Opposition MPs cannot be expected to do this and thus cannot become advisers to GROs.”

This is not about role-playing. This is divisive politics.

I want to let the People’s Association, whose chairman is the Prime Minister, know that Workers’ Party MPs support anti-dengue and active ageing programmes wholeheartedly even when we are not grassroots advisers.

I receive email alerts on dengue cases in Hougang from NEA from time to time. I will then alert the town council to be vigilant and help NEA to look out for mosquito breeding spots. I will also visit some dengue cluster hotspots as well.

And when the National Council for Social Service wanted to build a senior activity centre in Hougang, we gave it the full support.

So you can see that Workers’ Party MPs are pro-Singapore and we have been that way since day ONE. We do not believe in divisive politics and we want to work towards the day when such practice will cease.”

The Aljunied-Hougang Town Council released a statement referring to some divisive stories going around online that NEA has not been assisting the Town Council in the fight against Zika (reference:https://www.facebook.com/aljuniedcommunity/posts/1166117166782829).

After the in-house report was published, a Workers’ Party volunteer who was involved in the outreach in the affected cluster on 1 Sep, private messaged us requesting that we credit the pictures used in the article accordingly, and also to credit an ex-NCMP in the story. We did as requested. At no point in time did the volunteer, raise any objections that the in-house report was inaccurate.

We assumed that the active volunteer represented the town council and therefore the report was accurate. We are therefore surprised that AHTC would raise the topic of ‘divisive politics’, when they did not do so when its volunteer got in touch with us when the first report was published.

TISG welcomes all parties who may feel aggrieved in one way or another by what we publish to contact us at news@theindependent.sg.

We will be happy to amend our pieces, publish updates, publish corrections, and even publish apologies.

We want to build awareness, not animosity. We will grant you the right of reply if we feel that you have unjustly suffered.