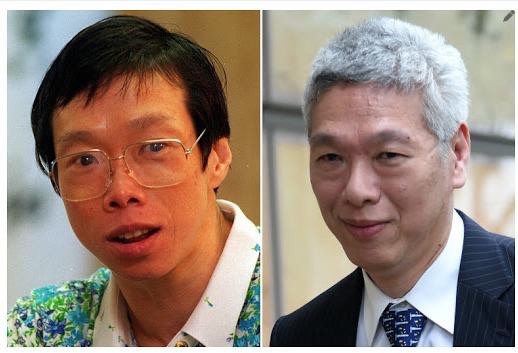 The younger siblings, both trustees and executors of the late Mr Lee Kuan Yew’s estate and applying for the order under Section 96 (1) of the Legal Profession Act, sought for the Law Society to be directed to apply to the Chief Justice for the appointment of a disciplinary tribunal for a formal investigation into Ms Kwa’s conduct, according to a report in sg.news.yahoo.com.

The application for a disciplinary tribunal was filed on Sept 21 last year and a pre-trial conference was scheduled for Oct 6. Another in-chambers hearing took place on Monday (Feb 1).

She added: “Kwa Kim Li (KKL) of Lee & Lee has denied involvement in the events that led to this 2013 will. These are all falsehoods. KKL has been lying. She has also breached her duties to her client, my father.”

Dr Lee shared an email exchange and said: “Here is one email proving my father discussed his December 2013 will with Kwa Kim Li. There are more.”

Under Section 96 (1) of the Legal Profession Act, a person may apply to a judge if he is dissatisfied with the decision of the Law Society following his complaint. This is after the Law Society has either decided that a formal investigation is not necessary or that there is insufficient cause for a formal investigation, but that the legal practitioner concerned should be given a warning, reprimanded or ordered to pay a penalty.

The two Lee siblings are represented by lawyers Abraham Vergis and Aisyah Ahmad Arif from Providence Law, while the Law Society is represented by Lim Yun Heng and P Padman from KSCGP Juris LLP, according to the sg.news.yahoo.com article. /TISG