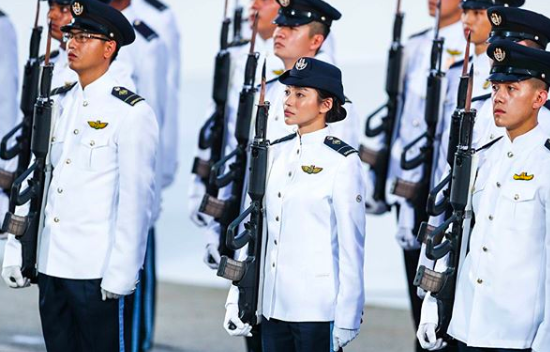 In an opinion and culture piece, one writer asked the question, “Does the SAF only hire attractive women?”

In fact, the question is the title of the article.

In the article featured on Rice Media, the writer then provides the basis for his question, showing how air force engineer ME1 Gorgina Choo was the subject of a so-called “Honey Shot” in the last National Day Parade. This brought Ms. Choo attention from other websites, which, as the writer points out, only served to objectify her.

He wrote, “As one would imagine, being an attractive female in the service alone would be mean that she would already be spending most of her time at work battling the male gaze. The last thing that she would need would be for the entire nation to objectify her just because she was singled out for her looks.”

One website even took up a poll, asking, “Who is Singapore’s top chiobu in uniform?,” listing Ms. Choo along with four other regulars from Singapore’s Armed Forces, and asking readers to choose the most attractive one among them.

The writer’s ire at such treatment can be seen in his tone, as he makes statements such as “Basically, the National Day parade is not a f**king beauty pageant.”

He then goes on to call the SAF out for featuring attractive young women regularly for the purpose of recruiting people to join the army, deeming it a form of overt sexism. “Seeing as most high-ranking military personnel are male, it wouldn’t surprise me if it is these men who make the decision to put the servicewomen on display. That is without a doubt, quintessential male chauvinism.”

He finds the way these women are portrayed in media, with their looks in front and center, to be highly problematic and believes that it’s time for the SAF to address this problem by stopping paying undue attention to attractive servicewomen. Otherwise, the women will continue to receive the wrong kind of attention from others.

He suggests, for example, that focus be put on the aspects of servicewomen’s duties in the SAF that they enjoy the most, as opposed to asking them about which dishes they enjoy preparing.

He ends his piece saying “Having come so far as a progressive nation, it would be a tragedy to see all the work by our great female leaders go to waste. Simply put, we have to stop the problem at its source.”

Perhaps the writer was merely asking a rhetorical question in his essay, but several netizens took it upon themselves to answer him, and the answers were all in the negative. 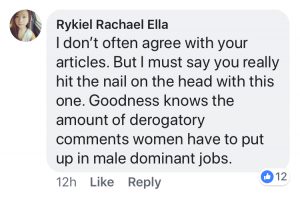