The Independent Singapore News
Home News Why has the losing PAP candidate been invited and not an elected...

Why has the losing PAP candidate been invited and not an elected WP MP?

Members of the online community were unhappy with this move, which they perceived to be against the mandate of residents in Aljunied GRC 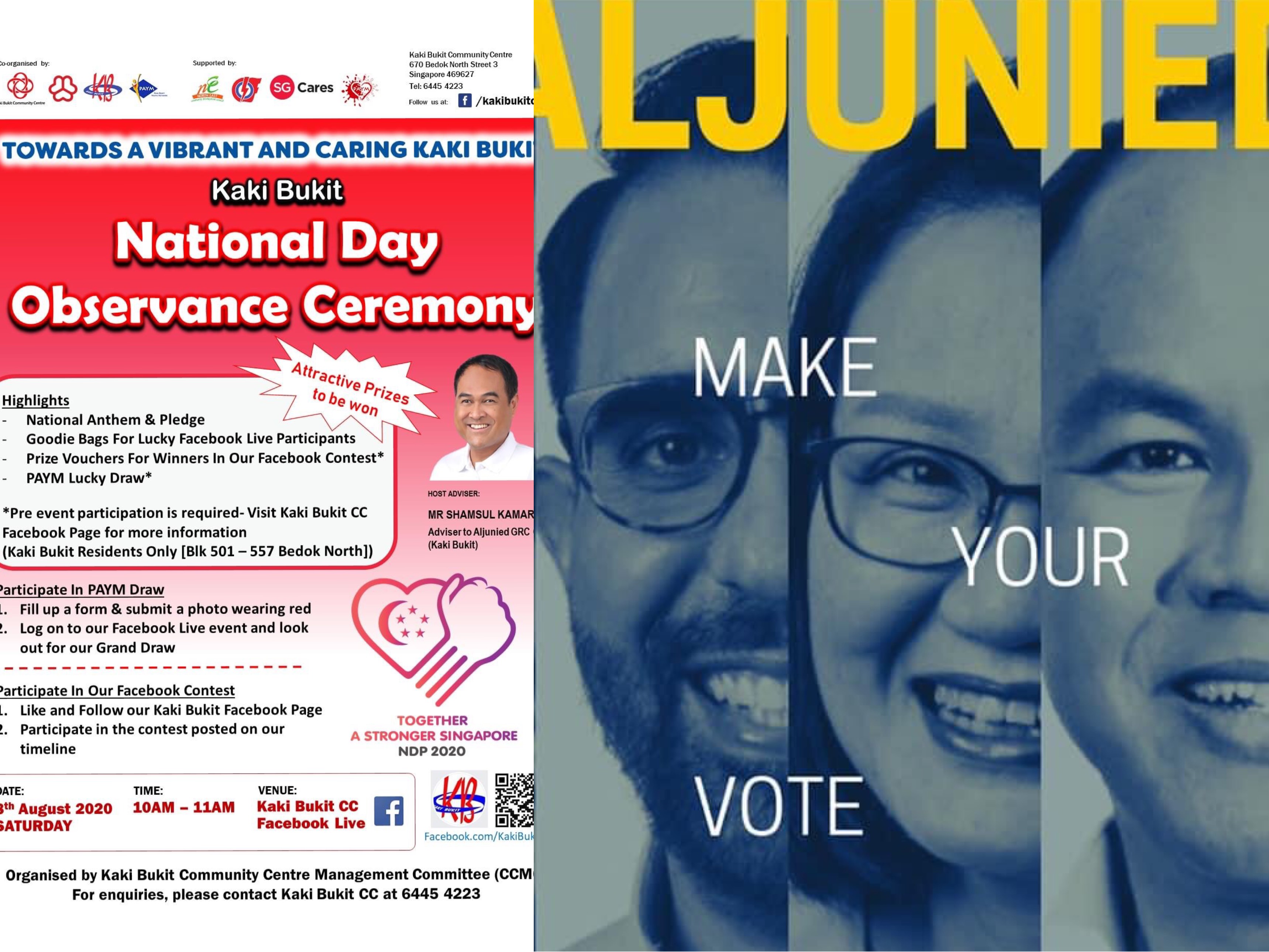 Singapore — There has been unhappiness online that the Kaki Bukit ward in Aljunied GRC is holding a National Day Observance Ceremony with a member of the losing PAP team there, Mr Shamsul Kamar, as the host adviser.

The potentially political nature of the PA has been called into question before.

WP member Yee Jenn Jong, who contested in Marine Parade GRC, has mentioned that, with the Citizens’ Consultative Committees (CCCs) approving the funding for Community Improvement Projects,  it means that, instead of the elected opposition MPs, the losing candidate from the PAP gets to approve projects.

The CCCs are often advised by the losing candidates of the PAP. They come under the PA, which is a statutory board to promote racial harmony and social cohesion in Singapore.

In 2016, WP’s Ms Sylvia Lim questioned the PA’s political stance in Parliament, citing the mobilisation of PA activists to campaign for PAP candidates during elections. Mr Chan Chun Sing, who was then the Deputy Chairman of the PA, declared that the PA was apolitical.

Mr Chan said the PA “executes the directions for the government of the day as per any statutory board” and that “the People’s Association does not allow any political activity or canvassing on our premises or in our activities and we certainly do not mobilise anyone for any political party”.

However, the online community has pointed to the politicised nature of the PA.

Many were unhappy with this move, which they perceived to be against the mandate of residents in Aljunied GRC.

One person also pointed out who they would want to see invited to the event.

At least one other person commented on photos of a banner in Kaki Bukit featuring Mr Shamsul wishing residents a happy National Day. In PAP-held constituencies, the Member of Parliament representing the constituency is usually featured on such banners.