The Independent Singapore News
Home News Why do you need to look after yourself when there are other... 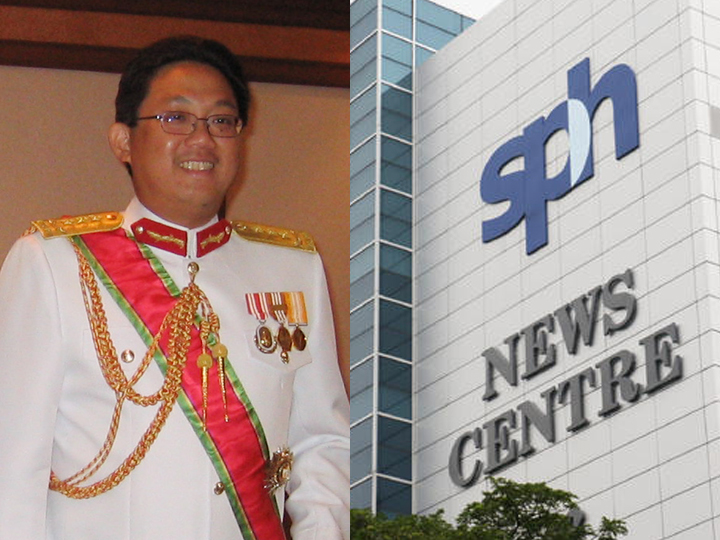 One of the least talked about things that came out of the now infamous “umbrage” press conference was the fact that people in the PR business suddenly had material on how not to conduct a press conference.

One of my former juniors who went on to start his own boutique agency posted a list of things that went wrong in that press conference. His list can be found at:

Another bit of PR advice came from a TikTok video talking about the five things that one should not do when communicating with an audience.

The best possible explanation for Mr Ng’s PR disaster came from the fact that Mr Ng probably has a very poor understanding of the role of the media in society.

While I agree with my former colleague, I cannot blame Mr Ng for reacting the way he did. He was not doing anything that a lot of our local CEOs would not have done. Mr Ng’s attitude towards the press reminds me of a time when a friend of mine suggested I play off two suitors against each other. I said something about “I can barely look after myself,” and the friend’s reply was: “Why do you need to take care of yourself when there are other people dying to do it for you?”

Speaking as someone who has been on the PR team of both a statutory board and a former GLC (the company in question had been divested by a government-linked company), I will say that there is a sense of “why do we need to take care of ourselves?” attitude when it comes to the media. The reason is simple: There is an expectation that the media is there to take care of them.

I was slapped into this realisation when it came to results time and dealing with financial journalists. I quickly arranged for the CEO of this company that had just been divested and left to fend for themselves on the stock exchange, with CNBC Asia. I was under the impression that I was scoring points with the client because I thought the CEO would want the opportunity to brag about his vision to the global community of investors. This was, after all, what had happened when I put the last CEO of a listed company onto CNBC (Mr Arun Jain, CEO of what was then Polaris Software Labs Limited, which is listed on both the BSE and NSE).

But instead of making him happy, I ended up spending an unhealthy amount of time trying to explain the benefits that an interview with CNBC would have for the image of a CEO of a listed company. His retort was: “I don’t see why we have to speak to the foreign media.” Well, yes, CNBC Asia may not be primarily based in Singapore but they do reach the investors and analysts that all listed-company CEOs need to appeal to. I had to get a colleague of mine to vet my emails before sending them to this particular CEO because, in her words, “You’re making him sound really stupid.”

Why was our home-grown CEO (who incidentally started his career in MINDEF) reluctant to speak to “foreign” media? I guess it had something to do with the fact that the team at places like Bloomberg and CNBC actually did things like their own research and didn’t take facts from the PR people verbatim. But it was not like they could surprise you – the general rule of thumb is that senior executives of listed companies cannot go for interviews without clearance for the stock exchange. Hence the corp comms have to know the gist of what will be asked – hence Mr Ng cannot claim he was unprepared, unless the corporate communications at SPH and SGX were criminally negligent.

My second experience in dealing with the attitude that the media needs to be on our side came from trying to arrange an interview with someone from the statutory board. My instructions were “Drop the interview – the journalist has a history of negativity towards the statutory board in question”.

This is the background of how certain large organisations have grown up dealing with the media. And when you consider the fact that Mr Ng comes from this background, the question is – did you expect him to react otherwise? In the local media scene, it’s not a question of publicity and appearing credible but working with the “right” media partner. Talk to enough senior executives and you’ll find that they would rather appear in a newspaper with declining readership than with a website with increasing readership because there is a perception that the powers that be prefer the print and traditional media and it’s better to get your publicity from there rather than from the guys the Government does not like.

It’s a shame that our business leaders expect the media to be on the same side. Hostile media or “journalist with a history of negativity” is, in fact one of the best tools to build credibility. Just take a look at this 2013 interview on Fox news given by Reza Aslan:

Another person who deliberately went out of his way to look for hostile media was Pete Buttigieg, who went to conduct a town hall organised by Fox News (which does not have a history of having sympathy for openly gay men).

Being able to deal with a “hostile” newsperson makes one credible. I believe that senior executives need to learn how to be able to cope with intense questioning.

I think back to my former client’s Polaris Software Labs. Their COO, Mr Arup Gupta, came into town and I placed him in front of Bloomberg. I told him to avoid getting into a discussion on the share price and he stuck to his guns and talked about strategy and growth plans while the interviewers were trying to press him on the stock price and showing graphs of how the shares of every Australian bank were bleeding (Polaris’ target market being banks). The man came out of the interview sweating profusely but the share price jumped 20 per cent right after that interview.

Our leaders need to understand the value of being able to face “tough” questions. A media that does not do its job and ask awkward questions actually ends up hurting those in power.

This article first appeared at https://beautifullyincoherent.blogspot.com/