Why Bangladesh is the next frontier for tech investment 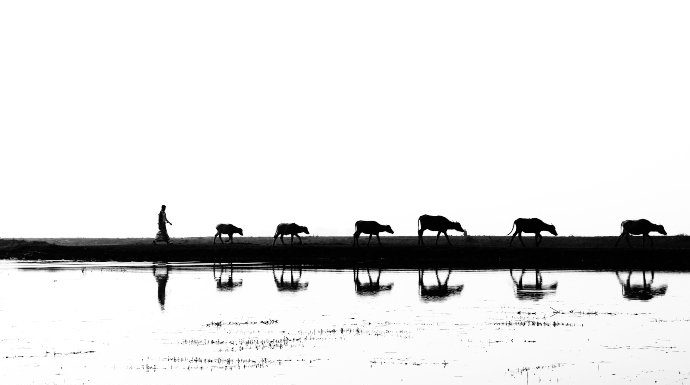 As Bangladesh’s economy opens up, the talent that has left to work overseas are returning. And they are bringing in training, education and different business models that they are exposed to

Investors looking for the next rising star in Asia can look to Bangladesh, a market that isn’t quite on the venture capital radar as of yet, often overshadowed by its more established peers such as India.

On closer inspection, Bangladesh holds great potential to become the next tech frontier, with a small but vibrant startup community working hard to make life easier for the everyday Bangladeshi.

The mobile penetration continues to rise, and mobile internet penetration with it – slating to reach 41 per cent of the population by 2025.

Urbanisation is happening rapidly, and Dhaka’s infrastructure is bursting at the seams. With traffic moving at 7 kilometres an hour and only 3,000 buses plying the roads, the city is in dire need of transportation that is efficient, safe and cheap.

While commuters in Southeast Asia are already familiar with Grab and Gojek, the concept of ride-sharing was completely foreign to Bangladeshis back in 2016.

The idea that someone will pick you up at your doorstep and drop you off at your destination was completely unheard of. The cultural issue of sitting on a stranger’s bike, in a moderate Muslim country, was also pronounced – especially for women.

2015 saw the emergence of ride-hailing solutions in Bangladesh. What this also led to was a cultural and mindset change on how people were ready to commute. It also led to more jobs and hunger to tech talent in the country. Other industries like ecommerce, food delivery, fintech were soon to follow.

Bangladesh has around 90.501 million internet users, as of August 2018. So, ecommerce has huge opportunity to grow here.

With the improvement of living standard and fast-pace of bust urban life shopping behaviour of the consumers have shifted greatly.

One of the growing opportunities is secured payment technologies. It is most crucial for creating a positive mindset amongst the people towards e-commerce.

The most popular mode of payment for customers is still cash on delivery (COD) for ecommerce transactions, as customers are usually uncomfortable completing their transactions by using Digital Payment methods.

The startup environment in Bangladesh is nascent but very active, with 200 startups slated to launch every year, most of which are in e-commerce and software development, in a country of 170 million people.

With government-led initiatives like Startup Bangladesh which was launched in 2018, it is encouraging to see more support for entrepreneurship as a viable career choice and in promoting Bangladesh as a global hub for tech entrepreneurship.

Bangladesh is on its journey to become a Digital Nation. The “Vision 2021” of the present government aims to develop Bangladesh into a resourceful and modern economy through efficient use of information and communication technology.

Along with rapid internet adoption, tech savvy young generation, the commitment from the leaders is the most positive sign to build up a successful startup economy.

Some startups have already made significant strides within Bangladesh. ShopUp, for instance, assists Facebook shop owners by providing services such as deliveries, shop management and loans. It secured an additional US$1.5 million[5] in funding this year from Sequoia.

PraavaHealth, a telemedicine startup aiming to raise healthcare standards in Bangladesh, opened its first family health centre in Dhaka in 2017.

E-commerce is another pillar that is growing steadily in Bangladesh. Players like ajkerdeal.com or deligram.com, have in their own played a key role in growing the online experience, which again was nascent in this part of the world till a few years ago.

But as a fairly new entrant in Asia’s startup scene, some challenges remain. Bangladesh is an undercapitalised market – while there is abundant funding for seed stage and early-stage startups, later stage funding is hard to come from local investors.

Like for any growing industry, talent always remains an issue. Tech professionals always prefer their stable, high-paying jobs over joining startups, so good talent is hard to come by. Convincing them to make the switch is an uphill task.

Our startups are also very new to the nature of their work, figuring things out as they go along. That said, the startup community is closely-knit and are constantly sharing ideas. There isn’t a lot of competition as each startup is solving problem sets that are not only unique but are extensive.

And as Bangladesh’s economy opens up, the talent that has left to work overseas are returning. And they are bringing in training, education and different business models that they are exposed to.

Also Read: 36 crucial lessons I learned as a first-time manager

There isn’t a formal startup body that supports local founders as yet. But Bangladesh’s startup community frequently engages the local government in conversations about funding and investing in a local ecosystem.

A few local accelerators have also sprung up training first-time founders. The government is adamant in providing an environment for startups to thrive: it has built two high-tech parks, with three more coming on by 2020.

South Asia is increasingly becoming a hotspot for high growth, with growing interest from Chinese, Hong Kong, and Southeast Asian investors like Alibaba, Tencent, Openspace Ventures and more, who have been actively looking at South Asian startups, especially Bangladesh in recent years.

It only goes to show that it is a matter of time before Bangladesh achieves the success Southeast Asia is experiencing right now.

The author of the above is Hussain Elius, CEO & Co-Founder, Pathao.

Photo by rabby ahmed on Unsplash

The post Why Bangladesh is the next frontier for tech investment appeared first on e27.

A video of a man with a disability dragging himself down an aeroplane aisle has gone viral on social media. A TikTok user shared a video of the incident, noting they had landed at Changi Airport through AirAsia flight QZ268...
Read more

A person who rented a BlueSG car took to social media to share that he was charged close to S$10,000 after the person he...
Read more

Man from China fined S$17,500 for bringing in 8 luggage of 226kg assorted meat into Singapore

OPINION | Does “kiasuism” stop us from being a kinder society?

This week, various stories ranging from maids asking questions about pay and food entitlements, business woes, and the lengths the average person has to...
Read more

After it was reported on Wednesday (Sept 28) that SEA Games and Commonwealth Games medallist Teong Tzen Wei is the third national swimmer investigated...
Read more

A video of a man with a disability dragging himself down an aeroplane aisle has gone viral on social...
Read more

A person who rented a BlueSG car took to social media to share that he was charged close to...
Read more

Man from China fined S$17,500 for bringing in 8 luggage of 226kg assorted meat into Singapore

OPINION | Does “kiasuism” stop us from being a kinder society?

This week, various stories ranging from maids asking questions about pay and food entitlements, business woes, and the lengths...
Read more
Follow us on Social Media