WhatsApp Founder, Who Made Billions from Facebook, Joins Growing Clamor to #deletefacebook 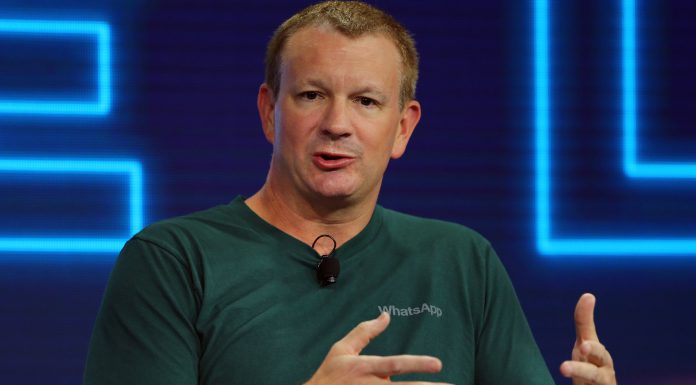 What’s App co-founder Brian Acton, who sold the messaging application to Facebook for $19 billion in 2014, tweeted the #deleteFacebook hashtag on Tuesday, simply adding “It is time.”

This comes in the wake of revelations concerning a massive security breach that made millions of Facebook users’ date available to Cambridge Analytica, a UK firm hired by the Trump campaign in the US presidential elections in 2016.

The social media giant is now embroiled in a scandal that has caused it to lose more than $50 billion in market value. The scandal also caused #deleteFacebook to trend on Twitter, as more and more people are calling for others to quit the social media app for good.

It is somewhat ironic that Mr. Acton, whose worth is now $5.5 billion, has joined the #deletefacebook bandwagon, since he benefited greatly from Facebook immense popularity. Earlier in 2018, Mr. Acton aided with the financing of Signal Foundation. The foundation, a 501(c)(3) nonprofit, is connected to Signal, another application for messages, but which is an encrypted application. Privacy advocates such as Edward Snowden have expressed their preference for using Signal.

It is time. #deletefacebook

“As more and more of our lives happen online, data protection and privacy are critical. This isn’t just important for select people in select countries. It’s important for people from all walks of life in every part of the world. Everyone deserves to be protected,” wrote Mr. Acton on Signal’s blog, upon its launch last month.

Mr. Acton is only the latest voice raised publicly against Facebook from those who once worked with the company. Included among dissenters is Sean Parker, the first president of Facebook, who talked about the social media app’s negative effects on society last November. Added to the list is the former mentor of Mark Zuckerberg, Roger McNamee, who was also one of Facebook’s earliest investors. Mr. McNamee called for a subpoena from Congress for social media heads, including Mr. Zuckerberg. Additionally, Sandy Parakilas, said that from 2011 to 2012, when he was the company’s operations manager, he called for higher levels of security for the data of users, which went unheeded by the senior executives of the company. Mr. Parakilas wrote about this in the Washington Post.

Jan Koum, the co-founder of What’sApp, has kept his Facebook account, where he has posted in support of President Trump and Israel. Mr. Koum stayed on as CEO after Facebook bought What’sApp.

After reports surfaced about how Cambridge Analytica, partly owned by former White House Chief Strategist Steve Bannon, gained access to millions of users’ accounts, #deleteFacebook began to trend on Twitter. Cambridge Analytica had teamed up with a researcher who formulated a personality quiz app that was accessed by 270,000 Facebook users, but disclosed their data. This data was later used in the formulation of the social media plan for Donald Trump’s presidential campaign.

Facebook’s involvement in the scandal is now under scrutiny in the US and the UK, and the Chief Operating Officer of Cambridge Analytica has been suspended. Additionally, the social media giant announced that they’ve obtained the services of a third-party company for a forensic audit of how the analytics firm used its data.