A video of an older man instructing a young man to clean up after himself after he caught the young man urinating under a HDB block has gone viral online. Both men appear to be locals.

In the video, the older man can be heard asking the young man why he urinated under the block and whether he could not have used a proper toilet instead. The older man warns the younger one that he will post the video he is taking on Facebook and call the police if the young man does not clean up.

At one point in the exchange, the older man says, “I was young as you before also. You think what?” To this, the young man says, “Young time you never do anything ah?” prompting the older man to assert, “Young time I do stupid thing also. I got my lesson learned. Now you got your lesson to learn.”

While the video garnered over 60,000 views, nearly 900 shares and nearly 600 reactions on social media, netizens who commented on the video appear to be divided. 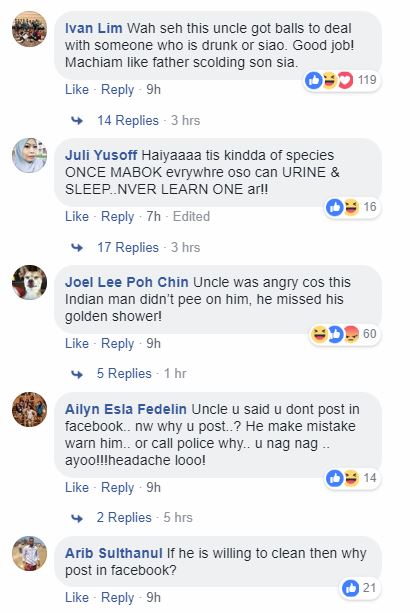 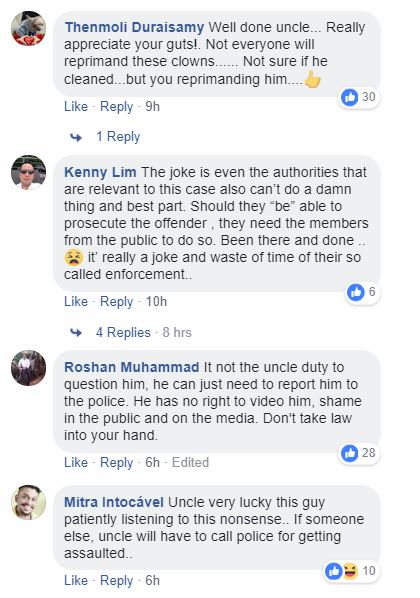 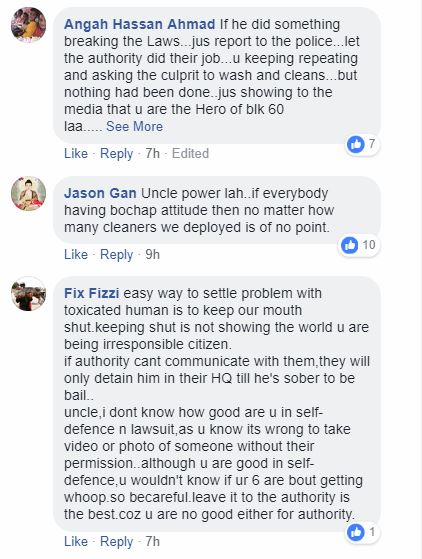