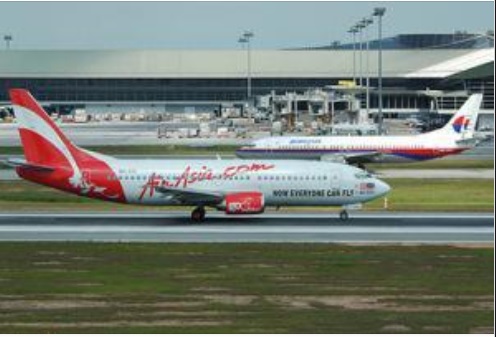 The video showed a garbage bin inside airport premises packed with maggots, a facility used by AirAsia.

Here is a video of termites at rubbish can located at gate p6 this morning while there was a departure to Perth. pic.twitter.com/8npnZCekhH

Mr. Aziz denied taking the video and refuted the allegation that it was an attempt to smear MAHBs image and reputation. He further stated that the upper echelon management of AirAsia is on his side.

This incident came at a time when current squabble between AirAsia and MAHB is brewing as a result of a disagreement about the passenger service charge enforced by MAHB at the airport.

AirAsia Group Bhd and AirAsia X Bhd have supported their negation to collect the RM23 fee at klia2 enforced in February, as they are in the opinion that commuters using KLIA2 should not be asked to pay the same rates as customers using KLIA.

Likewise, the group asserts that KLIA2 is an inexpensive workstation with far lower levels of service provided to passengers compared to KLIA, which is a full-service terminal.

Kuala Lumpur’s Low-Cost Carrier Terminal is similarly to an airport storage place. It’s monstrous and not pleasant to the eyes a. it is also designed with no covered areas for waiting aircrafts that if a passenger arrives or leaves LCCT in rain, that traveler will embark and get off the plane in the hammering rain and walk a far distance across the tarmac to get inside a building or into another plane.

While it is true that the low-budget airlines usually provide umbrellas, there’s nothing worse than arriving on a plane from a long flight soaked and upset. In the addition, the bathrooms at Kuala Lumpur’s LCCT are constantly dirty. There are only roughly four or five cubicles for approximately 30 people who had to wait in line.Follow us on Social Media