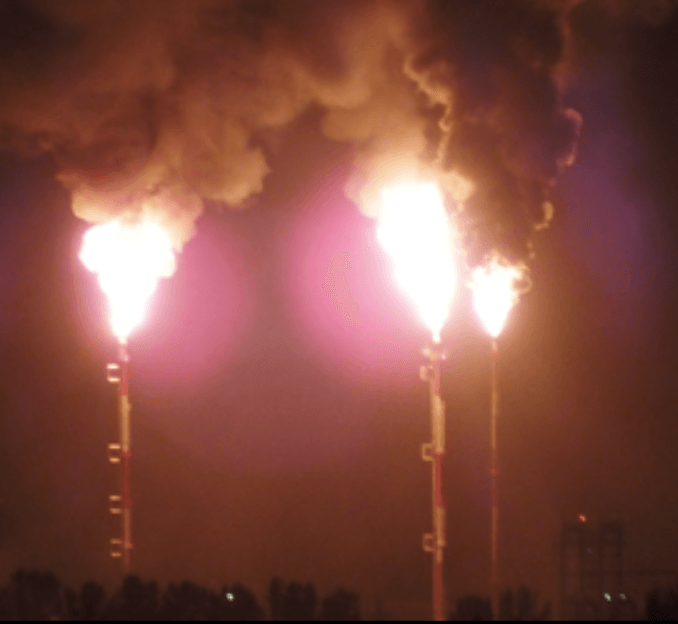 The toxic air pollution plaguing residents of Punggol, Sengkang, Buangkok and Pasir Ris may be traced to the exhaust fumes rising from Pasir Gudang – a petro-chemical industrial complex about a quarter the size of Singapore, running 24/7 in Johor Bahru, Malaysia.

Accounts of a strange smell in the air and charcoal-black particles floating in the air in these eastern neighbourhoods have been openly recounted for several years now. Residents have complained of a pungent, chemical-like odor that smells like burning plastic or petroleum and so much charcoal particles accumulating on their floors that they are forced to clean their floors more frequently than usual.

This issue is so pressing that it has been pointed out since at least 2007 – a decade ago – and yet the odor and particles persist.

Today, the air was so polluted in these eastern areas and smelt so strongly that the odor wafted into Fernvale, Holland, Commonwealth, Bishan, Ang Mo Kio, Serangoon and Seletar.

Such toxic pollution does not only inconvenience residents but will likely harm residents’ health. In fact, the pollution was so bad today that some residents reported that they had difficulty breathing.

In spite of this, the National Environment Agency has only said that it is monitoring the issue and it is unclear whether it has taken action.

The SCDF also investigated the issue and said that no toxic industrial chemicals were detected in the air. Curiously, many residents specifically called the strong “suffocating” odor “chemical-like” just today.

Individuals around Singapore told reporters and shared on social networking sites that:

Muhammad Zulkefly from Sengkang: “It smelt like petroleum, and that was disturbing. I had trouble breathing.”

Linda Lian from Sengkang West: “(it smelled like) burnt rubber or some unknown chemical.”

Angela Marie Oehlers from Buangkok: “So there’s this terrible smell in Buangkok area … Fernvale also. Looks hazy and smells like oil or something, not the usual haze smell.”

Mrs Ho from Serangoon: “We were having dinner when the smell came very quickly at about 7.40pm. It was very strong. We had to close all the windows immediately.”

Chan Yoke Yee from Ang Mo Kio: “(the smell was) giving me a headache.”

Michelle Tng Ying from Holland: “I thought it was something burning in my own house as I had my oven turned on, but then when I stepped onto the balcony, the smell got stronger – smelt like really strong paint.”

These are just accounts from today. Many others have complained about this issue over the years:

Blogger heartlandpuppy has recently published a record of all the public complaints affected residents have made of the pollution. Click here to see all the links to online accounts by residents who suffer the side effects of environmental contamination daily.