The Independent Singapore News
Home News Featured News The Man in the Middle: Is Chan Chun Sing hinting that he...

The Man in the Middle: Is Chan Chun Sing hinting that he will be Singapore’s next Prime Minister? 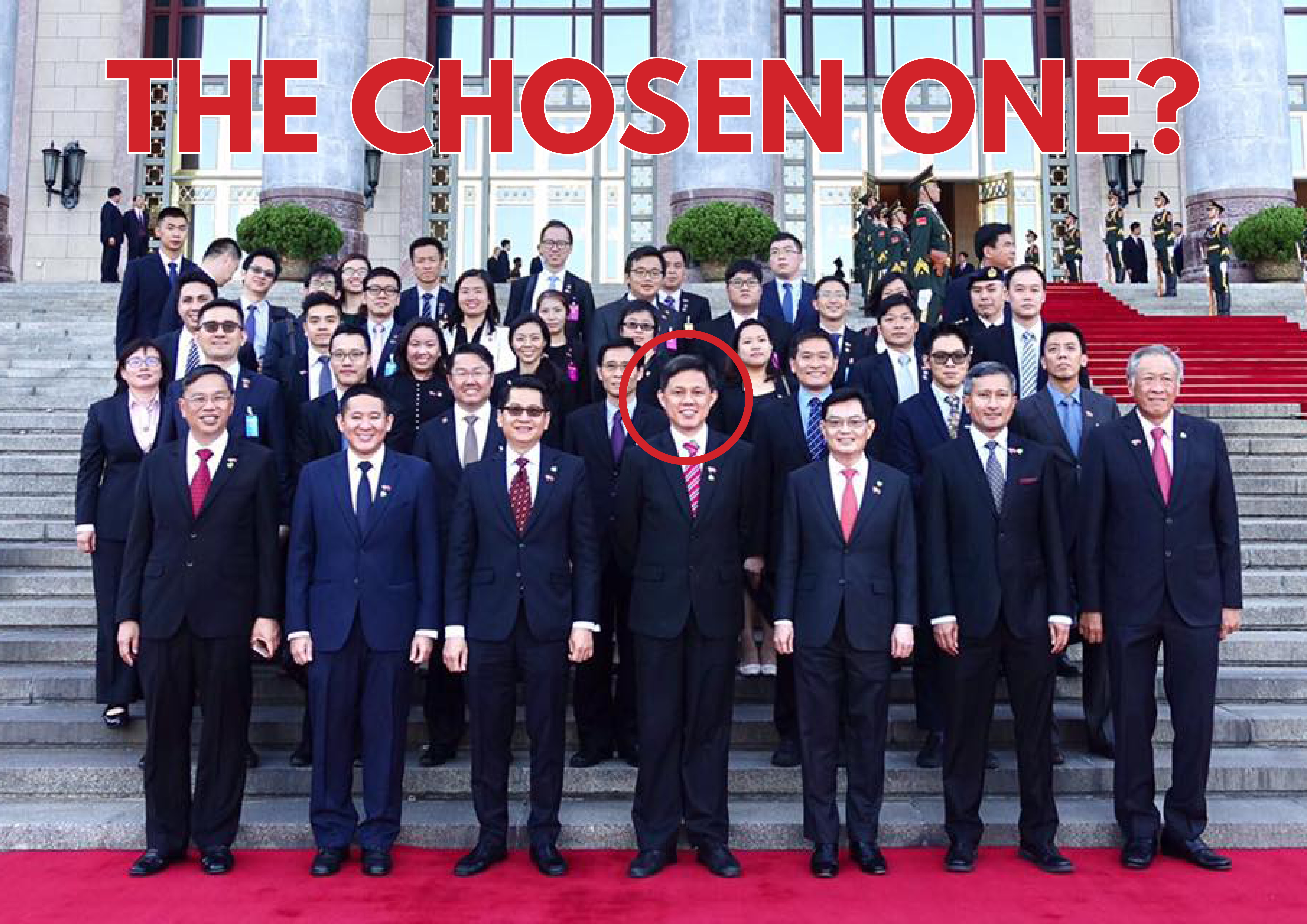 The local online sphere has been abuzz with speculation since Minister in the Prime Minister’s Office (PMO) Chan Chun Sing posted this photo on Facebook on Tuesday:

The photo capturing the Singapore delegation to China during the first day of their three-day visit that concludes today features Minister Chan smack dab in the middle of the group. In People’s Action Party (PAP) group shots, this position is typically assumed by the Prime Minister:

In this instance, Prime Minister Lee Hsien Loong was occupied with a welcome ceremony outside the Great Hall of the People in Beijing when the remaining members of the delegation decided to pose for a photo.

Chan Chun Sing’s conspicuously central position in the photo has given rise to rumours that he will fill the head of government seat when PM Lee retires (especially because the Minister has not exactly been known to be subtle ever since he addressed Halimah Yacob as Madam President while she was still Speaker of Parliament – a whopping 8 months before the current head of state revealed her intention to contest and eventually won the reserved election by means of a walkover).

Chan Chun Sing has been rumoured to be a frontrunner for the position ever since interest in PM Lee’s successor heated up when the PM repeatedly announced in recent years that he would step down some time after the next general election, which must be held by 15 Jan 2021.

Many have also touted that Finance Minister Heng Swee Keat will make a fine PM. Former Member of Parliament Inderjit Singh said “No obvious PM candidate other than Heng Swee Keat has emerged.”

However, the possibility that Heng Swee Keat will become the next PM grew dimmer when he suffered a stroke last May.

Besides Chan Chun Sing, fellow younger ministers Tan Chuan Jin and Ong Ye Kung have been tipped as top choices for the role by political pundits. All three ministers are in their 40s.

PM Lee Hsien Loong was welcomed with a ceremony outside the Great Hall of the People in Beijing today. Meanwhile, the…