Home News The average Singaporean is an armchair political expert

The average Singaporean is an armchair political expert 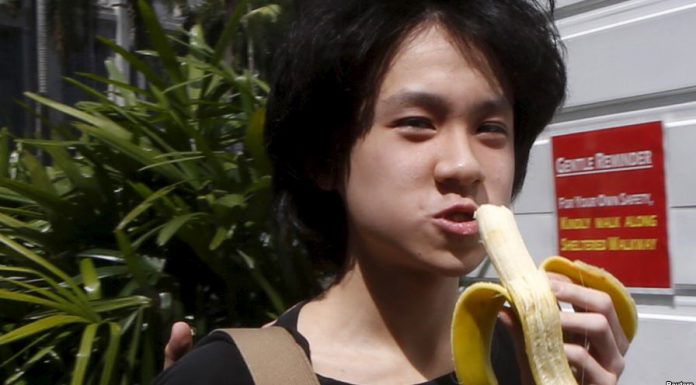 The recent US political asylum grant to Amos Yee was followed by disapproval from most Singaporeans. Disapproval that stems from a groundless standpoint that is – they do not like what he says or because everyone is hating on him, therefore a right to do so. They do this without understanding the bigger political problem behind normalising the jailing of a preteen and the political implications that follow with a subservient population.

Although Amos Yee is no different from a typical political activist, the State’s quick reaction to silence and jail the teen is a cause for concern. Singaporeans fail to understand that the absence of free speech to be critical of ideologies and a big government is a slippery slope towards an authoritative dictatorship. An imperative to prevent Singapore from mirroring the Venezuelan political crisis

Advocacy for free speech is more critical now than ever with the recent debacle of the Lee family dispute and unabashedly rigged presidential election. Early recognition of these events as the progression towards an extractive institution is like an early detection of malignant cancer cells in one’s body.

Unfortunately, the average Singaporean is an armchair political expert. They lack critical thought and dispense little effort to expand their political knowledge. Obsessed with accumulating social capital, they are easily swayed by political spectacles like the death of Lee Kuan Yew and are quick to jump on the hate-wagon on Amos Yee.

They expend ignorant comments and displeasure about sound economic policies implemented by the ruling party but acquiesce willingly to draconian laws like conscription and the lack free speech. Yet they still fail to see the irony in supporting such laws when it came to the recent 2017 presidential election.

To conclude, it would be a self-fulfilling prophecy once an extractive institution arises in Singapore. If so, Singaporeans should not blame the PAP for capitalising on their monopoly of legitimate power but on the ignorance of the masses that leads society to its own destruction.

The author is currently pursing a degree in economics at the University of Western Australia. This is a user contributed piece. Please send in your opinions to news@theindependent.sg.