The Independent Singapore News
Business & Economy Gadgets Taiwan man drops iPhone in lake, gets it back after a year....

Taiwan man drops iPhone in lake, gets it back after a year. It still works

iPhone dropped in lake recovered a year after, still works 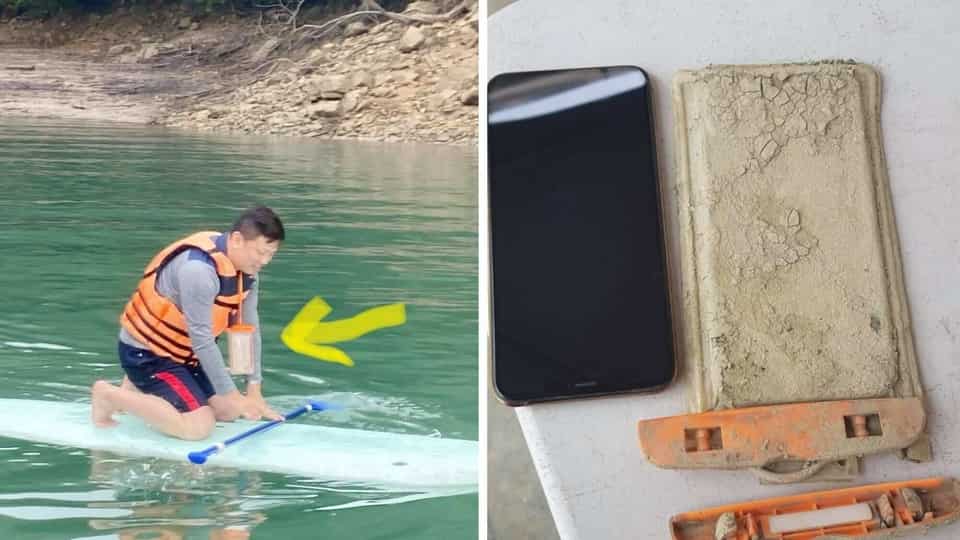 India — A story of a Taiwan man getting back his iPhone after dropping it in a lake a year ago has gone viral online. The man identified as Chen, shared a detailed post on Facebook about how he got his phone back. What is even more surprising is his claim that the phone still works even after being in water for a year.

His post, when loosely translated from Chinese, explains that he dropped his phone in the Sun Moon lake almost a year ago. He added that his phone was around his neck in a waterproof case when he accidentally dropped it in the water.

Taiwan is presently facing its worst drought in over 50 years, which had caused a drastic drop in water levels with some areas getting completely dry, reports Taiwan News. Due to this, the lake receded and Chen’s phone was discovered. He received a message that it was found lying on the dry lakebed.

In his Facebook post, Chen also added that when he got back the phone, he charged it and to his astonishment he discovered that it is in working condition.

His share is complete with some images from when he lost the phone and its condition at present.

He also shared a few images of him charging the phone:

What do you think of the incident?Follow us on Social Media