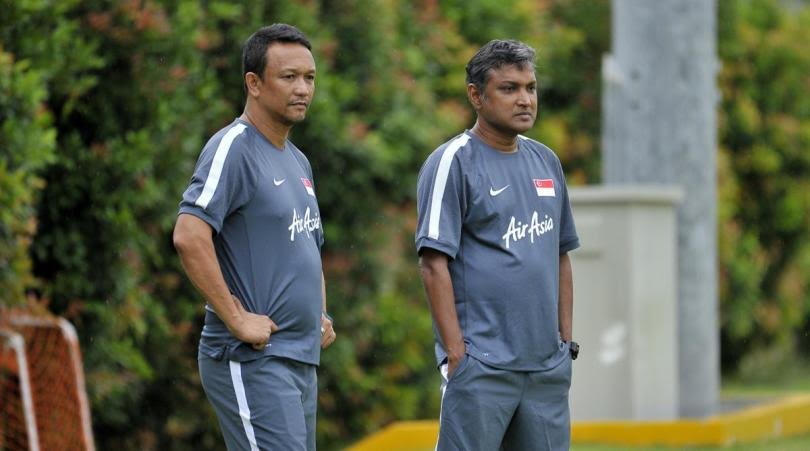 THE bows and arrows, no need machine guns and bullets, will now be out. The witch hunt for scapegoats will surely fire away. Plenty of worms from the football cans will slowly but surely come out after the Lions (oops, pussy cats) disgracefully finished last in the Suzuki Cup qualifiers.

Four-time champions scoring only one goal in three matches in an ultra-defensive “park-the-triple-decker-bus strategy” that “bola” cowards usually adopt is just not acceptable.

The hard truth is that, rather incredibly, for the first time, the Lions have not won a game at the biennial competition, and with just one goal and one point from three games, it also represents their worst points tally in a Suzuki Cup campaign, dubbed as ‘Asean’s World Cup’.

Oh dear, lions are known as ferocious beasts who mercilessly hunt down their prey, without fear, favour or friendship. But the Singapore Lions showed themselves to be toothless and now return from Manila, heads down in shame, with their tails between their legs.

It’s probably one of the worst, if not biggest flops, in Football Association of Singapore (FAS) record books and head coach V. Sundramoorthy must immediately get back to the drawing boards to find out where, when, why, what and how they let down the die-hard fans with a recklessly defensive strategy.

Sorry, Sundram, there is only one tangible yardstick in football and it’s called ‘goals’. Perhaps as a professional striker of FC Basle-fame (and your assistant coach, Fandi Ahmad of Groningen FC-striker stardom) both of you, iconic goal-scorers, surely must know why strikers are more celebrated than defenders.

The five-letter word ‘goals’ is what football is all about, over 90 minutes of entertainment, and must always increase the commercial value of the spectacle. After all, a kindergarten kid will tell you everybody loves a high scoring match compared to one where both the teams negatively share the spoils.

Fact of the matter is the new billion-dollar SportsHub will continue to have empty terraces if the Lions continue with wet-blanket defensive stances simply because big-ticket-paying fans come to watch entertaining offensive-styled football, an attacking strategy that will bring double-figure goals.

Fans who pay big bucks for big matches expect the rousing “Kallang Roar” atmosphere of war cries of “attack, attack, attack” and they’re just sick and tired of hearing the moans and groans of swinish “parking the double-decker bus” ploys, particularly so when the star-spangled players earn fat salaries in the S-League, even demand match-appearance fees even at schoolboy grassroots events, and later shed crocodile tears like sore losers when they’re down.

For those not familiar with this vehicular-strategy in the field of play, let me define what is meant by “park the bus”. It’s an ultra-defensive strategy, involving defending with nearly your entire team. You allow the other team possession, in exchange for occupying almost all available space in your defensive third, keeping the other team from creating any real chances at goal.

Sorry Sundram, “parking the bus” isn’t generally a recipe for a title-winning team, or for a rousing four-time Asean champion, since you create very few chances for yourself, while allowing your opponent to continue trying to score.

“Negative football, just like sloppy unentertaining actors, will never ever win the hearts of the crowds in the long term,” said a former Malaysian national coach, who asked not to be named. “We must encourage the younger players to get the ball to attack and create as many chances as possible. Compact, attack, aggressive and finish the chances – that’s the fighting strategy new-generation fans want to see.”

Sorry, Sundram, the swagger and the almost maniacal attacking intent strategy is what Asean fans demand for their high-priced stadium tickets. Blow for blow, attack after winning the ball, and getting the ball back after losing it to attack again, again and again. Whoever plays hide-and-seek and a negative defensive-minded ploy risks a lot in getting the curses of the fans.

Expert commentator Steve Darby, the former Home United coach who was the ex-Thailand assistant coach, rightly pointed out over FoxSports that in Asean, it’s not prudent to play a defensive-oriented game-plan. Simply because the players cannot strike the tightest defensive-disciplined cord for 90 minutes and the odd individual mistakes usually prove fatal.

Asean players, he rightly noted, lack the professional discipline of South Korea or Japan to synergise to a tight defensive plan, made famous by Italy’s “catenaccio”.

For the record, catenaccio or “The Chain” is a tactical system, Italian-trademarked, with a very strong emphasis on defence. In Italy, catenaccio means “door bolt”, which implies a highly-organised and effective backline defence, focused on nullifying opponents’ attacks and preventing goal-scoring opportunities.

Saluting with his offensive hat, Darby said that the attack-minded strategies, adopted by Indonesia, Thailand and Vietnam, look more viable as most Asean players are gifted with the natural speed, agility and footwork to adopt a daring forward ploy to get the goals – and more importantly, to get the crowds screaming in hysteria.

Counter attacking football can seem risky at times, in Sundram’s padlocked-defensive books, but it doesn’t have to be. But in order for it to be successful, as I understand, you need every player on the same page and in defence you can’t afford a player who has the potential to be a weak link. It requires you to sit deep and at times, to absorb pressure. That’s why you need to have players who are actually capable of this and ensure they won’t lose concentration, as that it can become problematic.

In order to use it as a full-time strategy it also requires the players to be positioned correctly, this means most of them all back in their own half, bar one or two as a rule. The idea behind counter attacking is you allow the opposition time on the ball and allow them to advance and attack you.

This means that when they do and they over commit, you might win the ball back, then you can sprint forward with numbers and try to use this to your advantage due to the opposition giving up space in behind.

And on hindsight, pending Saturday’s Group ‘B’ matches in Myanmar, I dare stick my head out to say that the four semi-finalists will be the naturally bold and adventurous, the devil-may-care aggressive attack-minded teams.

For the Lions, there’ll be no merry-making in December as they lick their humiliating paws and wish they had been more goal-hungry with an assault-minded blitzkrieg strategy against their “frogs in the well” neighbours.

Finishing last, one point and one goal, so malu lah!