Suresh Nair: Where are FAS reasons for appeal dismissal? 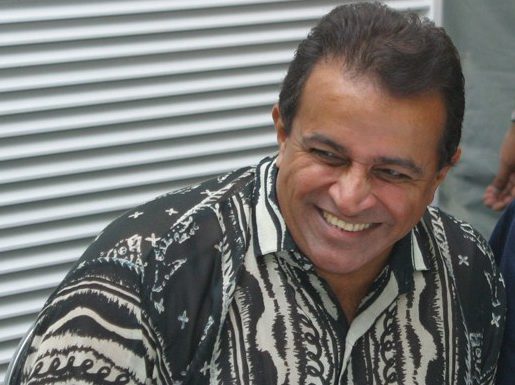 Journalist Suresh Nair, whose appeal to contest the Football Association of Singapore (FAS) election was turned down, has taken the matter to the Asian Football Confederation (AFC).

In a six-page letter to AFC General-Secretary Windsor John Paul, after consultation with his lawyers, Duane Morris & Selvam, he says that “it is against the interests of justice to question my integrity at such a crucial time and disqualify me from candidature”.

The 62-year-old who continues to serve as FAS Referee Instructor for 17 years, says that he was not informed of the reasons by the Elections Appeals Committee (EAC).

“A reasoned decision is imperative for a just order and is in the interests of natural justice,” he adds. “It is said that, “Not only must justice be done, it must also be seen to be done.”  This means that anything that may raise even an iota of doubt regarding the legality and integrity of a decision should not be done.

“Rejecting an appeal, the way the FAS has done, especially considering that the matter was discussed previously and no action was taken then, does give rise to doubts about the whole electoral process of the FAS. A reasoned decision is necessary to put these notions to rest.”

Urging them to be transparent, he says: “I firmly believe that the Appeal Committee should provide me with reasons for dismissal of my appeal, considering that the original decision was based on matters that affect my integrity.

“In the absence of the grounds on which the decision of the Appeal Committee was based, I do not even know if the rejection of my candidature was based on the reasons initially given by the FAS Electoral Committee or indeed whether the grounds of my appeal were considered at all.”

Nair cited to the AFC a recent case involving South Korean billionaire Chung Mong Joon when he received FIFA’s reasoned decision over his ban only after 18 months. Chung, a former Fifa vice-president and presidential candidate, and a scion of the Hyundai family, was banned by Fifa’s ethics committee for contravening lobbying rules during South Korea’s failed bid to host the 2022 World Cup

“The lack of a reasoned decision from the Appeal Committee also leaves me stranded regarding my future course of action and justice delayed is justice denied. This could be detrimental as was also seen in Mr Chung Mong-joon’s case recently when he received the Fédération Internationale de Football Association’s (FIFA) reasoned decision over his ban after 18 months, leading to a delay in his filing an appeal with CAS,” he says.

“The FAS Electoral Committee and Appeal Committee are acting in an arbitrary manner and the very Code is questionable and is being abused for vested interests in the run-up to the Election.”

Going back to his track record since he got the Referee Instructor certification from both the AFC and The FA of England in 1999, he adds: “I would also like to highlight that I have been selected as an FAS Referee Assessor for 17 years in a row, without a blemish on my record. I believe that my consistent selection for this important position is owing to my adherence to the FAS rules and regulations, and to question the same now would be unjust.

“The FAS Appeal Committee has conveniently chosen to give a final decision without informing me as to whether the aforementioned grounds were considered at all.

Nair says he filed his candidature-nomination as an Individual candidate for the FAS election on March 25.  On April 4, he was informed he did not get through the examination of eligibility and integrity checks.

The reason:  His answer to Question 6 of the Declaration of Integrity- Form 6 (with respect to the Election of the FAS Council 2017-2021) submitted at the start of the season this year was found to be contrary to the checks conducted by the Ad Hoc Electoral Committee.

He filed an appeal against the result of the Appeal Committee but the FAS rejected his nomination without giving a reasoned opinion.

He adds: “This being the first democratic FAS election ever, it sets a very undesirable precedent where candidates can simply be disqualified without being told why they were, and could give rise to the risk of a perception of arbitrariness in the qualification process.

“As far as I’m aware, the EC raised a matter which had already been dealt with previously, so going back to rely on that matter as a means of disqualifying me is unjustified, especially when I was subsequently appointed to football positions, where the highest integrity levels were required.

“So unless the AC comes up with good reasons, the primary disquiet over my disqualification will remain unaddressed.”

Tracing back to when FAS General Secretary Winston Lee and the past Chief Executive Officer of Singapore Pools Tan Soo Nan raised the betting matter with him, Nair said he had categorically explained to them that he adhered to the FAS Code of Conduct for referees which said that betting “only applies to all forms of organised football under FAS jurisdiction”.

Nair adds: “They (Winston Lee and Tan Soo Nan) and the FAS Referees Committee never raised the matter again nor took any action against me, which I firmly believe is because they were satisfied with my explanation on the issue. In fact, I continued to serve as an FAS Referee Assessor and currently stand on record as the most senior among the 18 FAS Referee Assessors, involved with the S-League and Prime League, for the 2017 season.”

To put this matter to rest once and for all, and to rebut any other presumption of any wrongdoing on his part by virtue of my holding a Singapore Pools account, Nair also furnished to the FAS a Statutory Declaration dated April 6 as a final explanation.

He repeated that a “reasoned decision is imperative for a just order and is in the interests of natural justice”.

“I firmly believe that the Appeal Committee should provide me with reasons for dismissal of my appeal, considering that the original decision was based on matters that affect my integrity. In the absence of the grounds on which the decision of the Appeal Committee was based, I do not even know if the rejection of my candidature was based on the reasons initially given by the FAS Electoral Committee or indeed whether the grounds of my appeal were considered at all.”

Nair told the AFC that Article 15.4 of the Code bars the jurisdiction of government bodies, courts and the Court of Arbitration for Sport (CAS) over decisions of the FAS Ad Hoc Electoral Appeal Committee.

“This is against the tenets of FIFA and AFC of which FAS is a member,” he says. “Articles 63 and 76 of the FIFA Governance Regulations allow for direct appeal to the CAS with respect to decisions in the context of elections.”

He reiterated that in order to gain membership to the AFC, the applicant association has to make a declaration under Article 4(4)(c) that it recognises the jurisdiction of CAS as stated in the AFC Statutes.

He says: “The AFC Electoral Code recognises CAS’ right to hear appeals regarding electoral disputes and the AFC Statutes also confer jurisdiction for dispute resolution on the CAS.  Thus the provision of the Code precluding CAS jurisdiction in electoral matters is against the norms prevalent in football governance, as followed by AFC and FIFA.”

Citing how ironical the FAS appeal dismissal stands, he adds: “I have been advising referees in the S League and Prime League, amongst other refereeing matters, on the proprieties of integrity. The FAS is now raising a matter which has already been dealt with previously, and relying on such an issue to disqualify me is unjustified and in bad faith, especially when I was subsequently appointed to positions in football where the highest levels of integrity are required.”

“This is supposed to be the first democratic FAS election and this kind of an issue sets a very undesirable precedent where candidates can be disqualified without being apprised of the reasons for the same. This could give rise to a perception of arbitrariness in the qualification process for the Election.”

The AFC headquarters in Kuala Lumpur confirmed receipt of Nair’s appeal and is looking into the matter.Follow us on Social Media