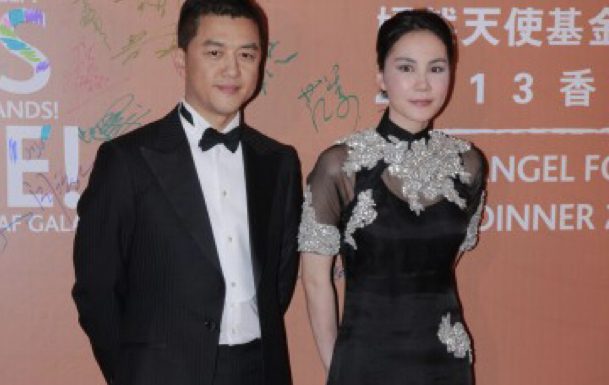 A Faye Wong doppelganger hand-in-hand with Li sparks questions about their romances, rekindled and rekindling.

China – On May 1, Chinese actor Li Yapeng was spotted with a mystery short-haired woman who bears an uncanny resemblance to his ex-wife, Faye Wong. The woman is similar to Wong in terms of her appearance, dressing and the way she carries herself.

The duo were spotted on a date as they strolled through the park. In a photo posted by AsiaOne, the couple are all smiles as they walk hand-in-hand, looking very much in love. However, when asked if the actor is in a new relationship, Li’s representatives say they are unsure.

Prior to this incident, Li, 48, was rumoured to be in a relationship with Chinese actress Xu Qing, 50, whom he had once worked with in the 2001 Chinese television series “Laughing in the Wind”. However, those rumours had been debunked by Xu Qing’s reps at the time.

Currently, Wong, 50, is dating Hong Kong singer Nicholas Tse, 39, with whom she shared a four year relationship before she dated Li. Wong and Tse have been together since 2014, 10 years after having gone their separate ways in 2004.

According to an article published by AsiaOne in 2016, Faye’s close friend Carina Lau said that Tse and Wong have been very much in love ever since the two of them had gotten back together.

In 2014, Li had even shown his support for ex-wife Wong in light of reports about her renewed romance with Tse.

He wrote on Weibo: “Being together in life and death, disregarding one’s safety or fulfiling another’s wish … there are many expressions of love in the world and we should give each our blessing. Mother of my child, I give you my blessing, go for it!”

Even though there had been rumours of Wong and Tse’s break-up, and Tse had been rumoured to have been with recently-divorced Chinese actress Yang Mi, the latest news is reporting that Tse and Wong are together, with Tse emphasising that their relationship is a stable one./TISGFollow us on Social Media

Man says his girlfriend earns as much as he does but expects him to pay for her holiday air tickets & full travel expenses, asks what should he do?   Singapore — A man confided on the NUSWhispers Facebook page on...
Read more

Singapore — The accident captured on the car camera looked so perfect as if it had been choreographed for a road safety video on...
Read more

“What kind of baby not wear mask, huh?” Local Karen in MRT berates mum for not putting mask on her baby

Singapore — In this season of giving, the Progress Singapore Community Fund (PSCF) is zeroing in on helping not one but two vulnerable groups...
Read more